Which we can only presume is, slightly less mouldy jam 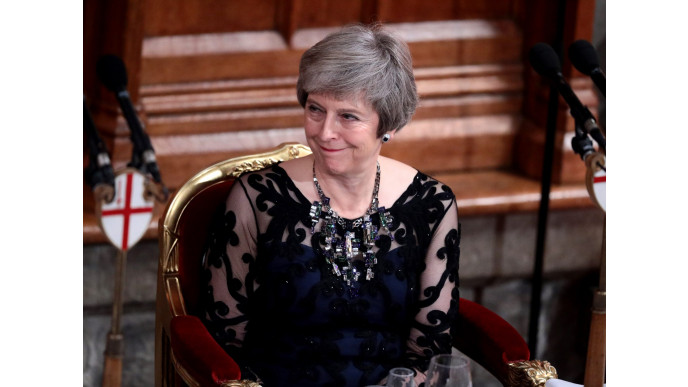 Theresa May - wheat-field-ruiner, ‘fun-haver’, would-be-Prime-Minister, oh-god-she-actually-is-Prime-Minister - has done it again. Distracting us all from the endless reality show that is Brexit, the leader of this mediocre nation has told ministers in a Cabinet meeting on food waste that she scrapes the mould off jam and eats the jam underneath.

In a different context, this might be a bit of a laugh, or a celebrity just trying to pretend, as they often do, that they’re poor like us! But this is the head of the country, a nation about to delve into a Brexit abyss that has threatened medicine shortages, food price rises, cheese becoming a luxury item, and has also produced a new citizen status package that you can’t access unless you have an android phone.

So, you’ll excuse us if we’re not thrilled by the image of the most important person steering our country through turbulent times not even wanting to chance throwing away some mouldy jam. Perhaps Jeremy Corbyn could gift her some of his own homemade variety?

The Prime Minister is also reportedly a keen cook, with her cookbook collection spanning 150 titles. She uses cooking as a way to ‘unwind’ from her stressful job as Prime Minister.

You’d be forgiven for thinking she might have a lot less takers for dinner round at hers after this revelation. ‘Yes Boris I know we’ve not got on in the past, but my Two Month Old Chicken recipe really is to die for! Bring round a bottle of wine, or whatever leftovers you find in your neighbours’ bins.’

Will the pre-Brexit capitalist market take advantage of this in time to make some cash? After all, in the last election, you could buy Theresa Mayo: A Strong and Stable Flavour.

Perhaps a range of Theresa May preserves could be released? Ideas for flavour names should include:

* If You Can’t Handle Me at My Worst, You Don’t Preserve Me At My Best