That's one hell of a Christmas gift 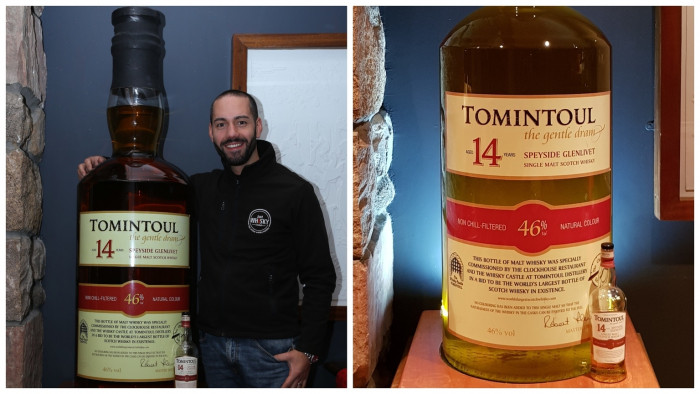 Is the usual 70cl bottle not enough for your wild Friday nights? Perhaps the world’s largest bottle of single malt whisky is more your size.

Well, you’re moments too late because the 105 litre bottle of 14-year-old Tomintoul has just been sold for £15,000.
The bottle holds the same amount of whisky as 150 standard bottles, is nearly 1.5m tall and weighs an impressive 180kg. Even the cork is huge (20cm).

It took 14 people to fill the bottle in August 2009 before the whisky was sold during a Christmas auction on Sunday evening.

This isn’t the first debut of the bottle, either. It was initially created to be in the 2012 display at the Scotch Whisky Experience in Edinburgh, where it was priced at just £5,000.