The Walking Dead shuffles onto VR this autumn 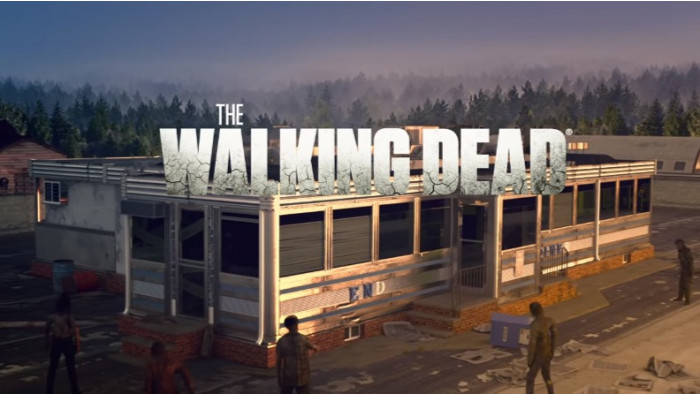 With The Walking Dead set to keep on shuffling for another 30 years, it’s no surprise AMC is considering other avenues for its zombified cash cow to wander down. Sure enough a new official Walking Dead game has been announced, and just to make it more unsettling, it’ll be in immersive VR.

The Walking Dead: Onslaught is out this fall (that’s autumn to those of us on this side of the Atlantic), and that’s about all we know. We don’t even know which VR platforms it’ll be on, though you’d imagine the usual mix of Oculus Rift, HTC Vive and PSVR.

All we have to go on is this 30-second teaser trailer:

Still, you can get a surprising amount from 30 seconds of footage. As the camera pans over the diner, you can clearly see a number of familiar weapons: Rick’s revolver, Daryl’s crossbow, Carol’s knife and Michonne’s machete. Rather carelessly, they seem to have just left them lying around in an abandoned diner, so perhaps the story concerns how they lost their damned minds.

If you’re getting a sense of deja vu, it might be because zombie shooting games are pretty common in VR (see: Arizona Sunshine and The Brookhaven Experiment amongst others), but it could also be because this isn’t even the first Walking Dead VR game that’s been announced.

Last year, The Walking Dead: Saints & Sinners was unveiled with a similar lack of detail: just the hint that it’ll be set in New Orleans and the title refers to moral choices to be made along the way.

It all sounds great, but we’ll reserve judgement. The Walking Dead has a pretty mixed record with gaming conversions. Telltale’s choose-your-own-adventure style series was excellent… Overkill’s The Walking dead was, uh, less so.