The Walking Dead will keep on walking for 30 years, one star thinks 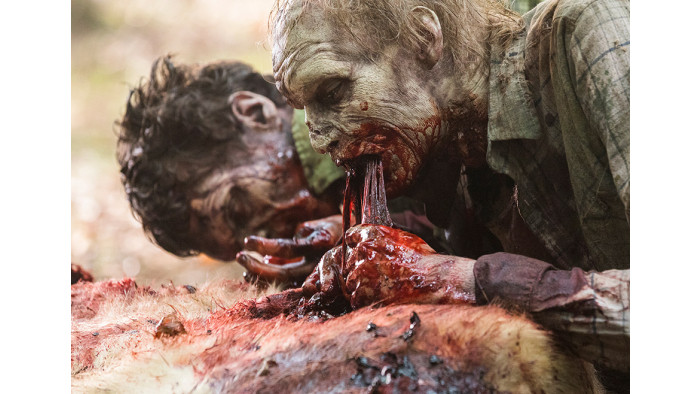 If you think the magic formula that made zombie drama The Walking Dead so special has begun to decompose a little, you’re slightly at odds with Ross Marquand – better known as Aaron from the main show.

He thinks the franchise has a lot more to give beyond the main show and the two spin offs: Fear the Walking Dead and a further show due to launch in 2020.

Talking to Heart FM at Comic Con, Marquand compared it to a science fiction classic. “It’s like Star Trek,” he said. “It will go on for like 30 years, hopefully,” which would actually make it a bit less impressive than the 53-year-old Star Trek, but what’s 22 years between friends?

“That would be great,” he continued. “The fans like it. It’s a universally loved show because it deals with themes that everyone can relate to.” Presumably themes like loss and betrayal, rather than living in fear of being eaten alive, but perhaps we’re putting words into his mouth.

Marquand isn’t the first person to envision a long-lasting The Walking Dead franchise, either. AMC Networks CEO Josh Sapan thinks it has at least another decade to go: “We have a plan to manage over the next decade, plus,” he said. “That plan is a careful plan to respect the world of the fans of that world.”

It seems strangely appropriate that a show circled around zombies is tough to kill off, even if the main series’s ratings have dipped considerably over its first of its promised decades. The message here is that they have a long way to fall before AMC seriously considers calling time on its undead cash cow.