The Samsung Galaxy Tab S6 is a sleek iPad rival

Should Apple be worried? 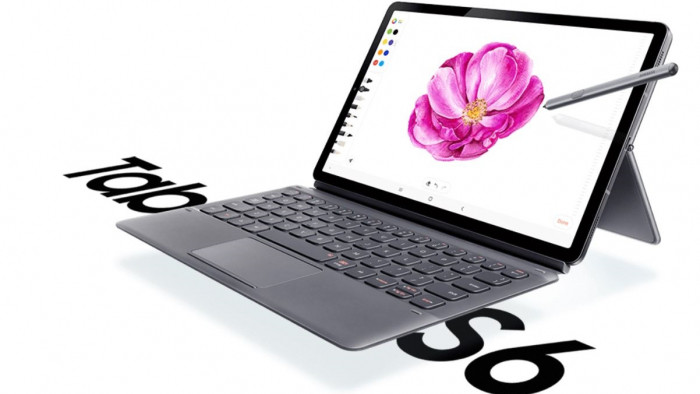 It’s 10.5-inch tablet that’s just 5.7mm thick, but if you think that means it scrimps on the internals, you’ve got another thing coming. Indeed, the Galaxy Tab S6 has the same Qualcomm Snapdragon 855 processor that powers the Android flagships of 2019, including the American version of the Galaxy S10 (the British version has the Exynos equivalent.)

This is backed up by 6 or 8GB RAM and 128 or 256GB of internal storage, and if that’s not sufficient, the included microSD slot supports cards of up to 1TB in size. The tablet is powered by a 7,040mAh battery, and, as with last year’s model, the S Pen stylus comes in the box. You’ll struggle to lose it, too, as it clips onto the back magnetically when not in use.

Like with the Apple iPad Pros, Samsung also sells its own keyboard cover separately. This time around, it comes with a trackpad too, meaning you can actually use your tablet like a surrogate laptop, without poking fruitlessly at spreadsheet cells.

The Samsung Galaxy Tab S6 is coming out on September 6, with preorders opening on August 23 if you absolutely must have one on day one. It starts at $649, and while UK pricing hasn’t been confirmed that comes to around £530 – not bad for an iPad Pro rival.

That said, Android isn’t for everyone, and especially on the big screen. If you prefer your tablet experience to be Apple flavoured, be sure to check our list of the best iPads before you buy.