That’s it: we’re officially out of ideas 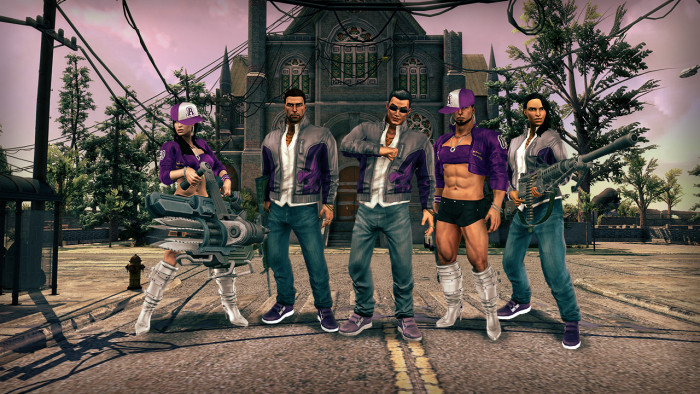 Back in 2006, Saints Row was released on the Xbox 360. This was before it went all wacky and alien filled, and was a fairly competent run-of-the-mill, paint-by-numbers Grand Theft Auto clone. So all in all it’s pretty impressive that its been picked as the next big game-to-film experiment: clearly anything is possible.

Of course as Jeff Goldblum told us in Jurassic Park, just because you can do something doesn’t mean you should. Apparently those wise words haven’t stopped Fenix Studios approaching F. Gary Gray to direct the theoretical Oscar contender.

If the name isn’t immediately familiar, Gray directed Straight Outta Compton and The Fate of the Furious. He’s just put the finishing touches to Men in Black: International, too, which may give us some insight into what this cinematic masterpiece will look like when complete.

Related: 15 of the best Xbox One games

Saints Row begun life as a bland but competent sandbox crime caper. Then in Saints Row 2, things became a bit more weird with the addition of a cartoony story, a giant foam hand weapon and a streaking minigame. By Saints Row The Third, the gang are celebrities with merchandise and a movie in the works, and in Saints Row IV your character is literally the US president fighting off aliens. You didn’t get that kind of progression in the Lord of the Rings series.

So it’s pretty hard to know exactly which version of the Saints Row universe Gray will pick. Still, he’ll be encouraged to know that at present the bar for movies based on video games is set reassuringly low.