The new Ant-Man and The Wasp: Quantumania trailer arrives - watch it now

Get the best look of Kang yet. 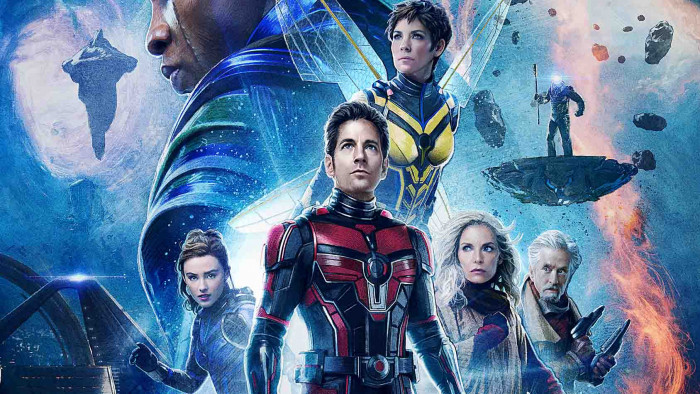 Another year, another Marvel movie launch. Ant-Man and The Wasp: Quantumania is the 31st MCU movie to arrive on the big screen and it follows the hugely successful follow-up to Black Panther, Wakanda Forever.

The film is the third Ant-Man adventure, all of them have been directed by Peyton Reed, and it is being seen as a crucial turning point in the MCU so far. That's because it's the movie that fully introduces Marvel's new big bad, Kang The Conquerer (played by Jonathan Majors).

The new trailer is out and it offers the best look yet at Kang. It's clear that he has some pretty incredible super powers, including the ability to bend time - something that seems pivotal to the plot of Ant-Man and The Wasp: Quantumania, where Scott Lang (Paul Rudd) is contemplating teaming up with Kang to help his own plight.

The official synopsis is as follows: "Super-Hero partners Scott Lang (Paul Rudd) and Hope van Dyne (Evangeline Lilly) return to continue their adventures as Ant-Man and the Wasp. Together, with Hope’s parents Janet van Dyne (Michelle Pfeiffer) and Hank Pym (Michael Douglas), and Scott’s daughter Cassie Lang (Kathryn Newton), the family finds themselves exploring the Quantum Realm, interacting with strange new creatures and embarking on an adventure that will push them beyond the limits of what they thought possible."

The Quantum Realm is something that we saw in the first Ant-Man movie and it's a big part of the new film, which is certainly on the more cosmic scale when it comes to Marvel movies - as you can see in the trailer below.

Ant-Man and The Wasp: Quantumania is heading to the big screen 17 February, so you only have a month and a bit to wait.