The greatest unseen Batman is about to finally play Bruce Wayne

Batman worlds are about to collide 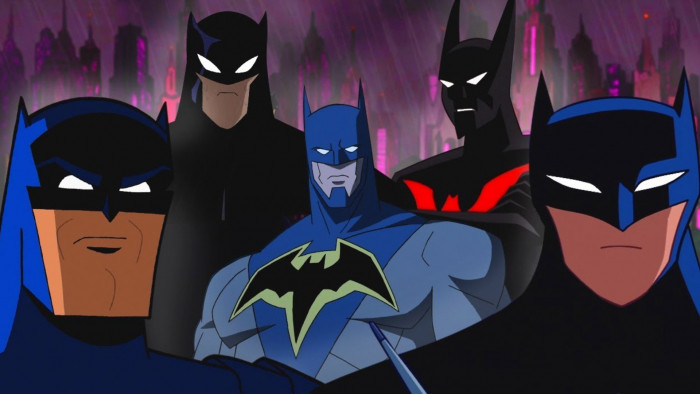 If you’ve ever seen the classic animated Batman series from the 1990s, you’ll be more than familiar with the distinctive voice of Kevin Conroy. He plays the titular superhero.

Conroy owned the role so much he’s even garnered somewhat of a cult following, with many fans thinking of him as the quintessential Bruce Wayne.

But he remained unseen – until now, that is.

During a press tour this week, the CW network announced a new crossover event, which will see characters from various ‘Arrowverse’ shows come together at last. As the name suggests, the Arrow will feature heavily, as will The Flash and Superman. And Conroy will be there as Batman too.

Being in his 60s, Conroy is obviously not going to be playing a youthful, swinging-through-the-city version of Bruce Wayne. Instead, he’ll star as an older version of the character from the future.

For real Batman heads, there’s another classic character in the mix too. Burt Ward, who famously played Robin in the 1960s Adam West Batman show, will appear, though we don’t know who or what he will play.

Empire reports the crossover will begin with Supergirl on December 8th, “followed by Batwoman the next day and Flash the day after that.”

“With a break for the Christmas holiday, the story concludes in Arrow and Legends Of Tomorrow one after the other on 14 January.”

Want to have your say on the best Batman actor ever? Check out our list and vote for your fave.