The case for going to stuff on your own

You could have brought people if you'd wanted to, alright? 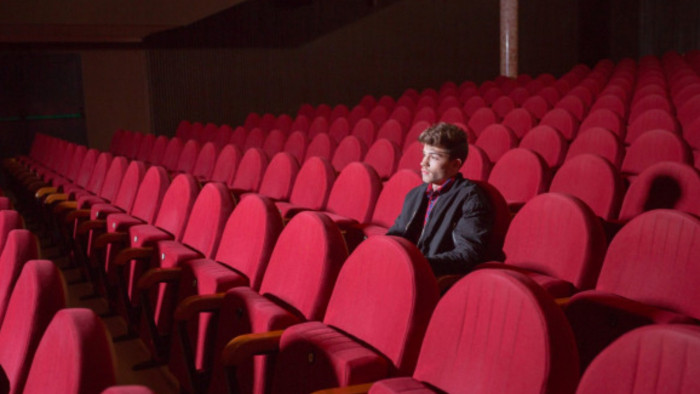 Today I booked two tickets for a day festival in East London without asking anyone if they wanted to come with me. No bother, I thought, I’ll ask my two best pals, one of them will be up for it.

’What do you mean you’re both busy?’ I cried, hanging up the phone. Panic mode. (Yes I’ve got other mates but I’m a very reactionary person, okay?)

I tweeted my erratic thought that I might have to go alone;

Someone replied and said ‘Why don’t you just go on your own?’

I nearly balked, but then I remembered that doing things on your own can actually be the best thing. Granted, I think it does take real balls to be able to have fun listening to The Strokesoff your nut at a day festival in East London, but other things are amazing if you go alone.

Have you ever dined alone? Like a proper, table-by-the-window-please, glass of merlot and the pasta from specials board alone? It feels pretty weird at first, but then it’s amazing. You can people watch, read a book, or just stare out the window. There’s something about it that makes you feel a bit smug. You’ve got mates, family, colleagues, dates, people you could hang out with, but you’ve chosen to hang out with none of them. Sorry guys.

You also can’t help but feel like you’re in a cool scene in a film where the protagonist realises they’re finally over their initial, shitty love interest

A bit of alone time can make you realise things, almost by accident, that you’ve been stewing over for weeks;

’Yes, I definitely need to leave my job,’ for example.

’I think that’s it, when push comes to shove, my favourite ice cream flavour is vanilla. Yeah it’s boring, sue me.’

The theatre is another good one. You look pretty cool if you’re alone at the theatre, the more cultured the performance the better. You might look a bit creepy going to see The Lion King on your own, but if it’s Sir Ian McKellen going through something awful in a one man show at the Donmar, crack on.

Just make sure you dress up for the occasion. You can’t go to the theatre on your own in some joggers and an old sweatshirt or you’ll look like you won or inherited the ticket from a dead Aunt. Make sure you look smart and wear one of those little white scarves that men only ever seem to wear to the theatre. Seriously, have you ever seen one outside of an auditorium? No.

Perhaps the coolest and most refreshing thing to do alone though, is go to the cinema. There’s nothing quite like the self-affirming nature of walking into the theatre in a big coat (with your sweets in the inside pocket and maybe a miniature bottle of wine) and saying ‘One for Toy Story 4 please.’ (We’re just thinking ahead here)

Ideally you want a film that’s been out for a couple of weeks, so the cinema isn’t too full, and you can get a row to yourself, middle of the row, two third of the way back. Bliss.

You don’t have to talk to anyone, but you can ring a pal who’s seen it when you get in if you need to discuss something. Mysteries or horrors are not the right vibe for solo cinema trips, you’ll be frustrated that you don’t have anyone to immediately turn to and say ‘What the hell?!’ afterwards.

If anything you want a deep thinking film about the protagonist finding out who they really are, going through an intense personal journey, and finishing on an uplifting ending. Something to match how smug you feel going to the cinema on your own.

As for the day festival, all power to you if you want to go it alone, but I think I’m going to frantically ring up everyone I know first. I’m definitely not that cool yet.

Most newsletters are rubbish Ours isn't.