The Boys: S2 is available now on Prime Video and why the hell are you still reading this?

The best superhero show around is back. 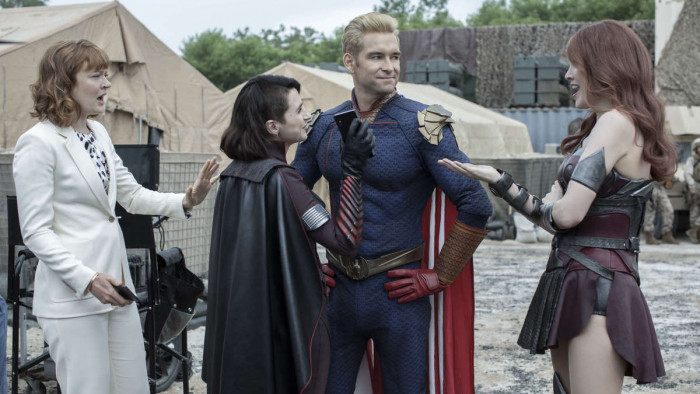 The Boys is back on Prime Video and if you are looking for something to counter the morals of the Marvel movies, then this is for you.

The first season of The Boys was a revelation. Based on the comic book by Garth Ennis and Darick Robertson, the show was something of a gut punch.

Packed with ridiculous violence, sex and swearing, if Captain America wandered on set one day - especially during the sex scene when someone's head explodes - then he would never be the same again.

It's a show about superheroes that are only out for themselves, putting on a heroic face to the public but abusing their power in the background.

The only people trying to bring order to the chaos is a ragtag bunch of vigilantes lead by an inspired Karl Urban (whose British accent is so ridiculous you learn to love it).

Like the first season, Prime Video isn't giving you all of The Boys at once - which is fair enough, as you would need counselling if you decided to binge-watch this one.

Instead, the first three episodes are available now, then there will be new episodes weekly. The Boys is currently third in our best Amazon Prime series guide.

We think with the launch of season two, it may well get to the top spot.

Head to Prime Video now to watch the extremely not safe for work The Boys: S2.