The best and worst things to give up for Lent, and what they say about you

'Yeah this year I'm giving up all the great sex I've been having. Voluntarily.' 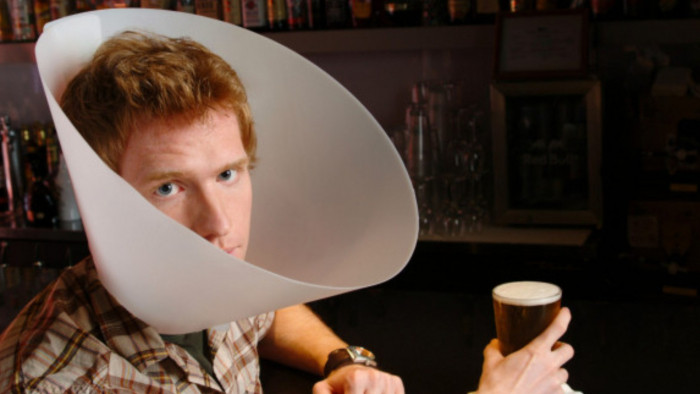 If we’re honest, most of us only ever realise Lent is happening when we hear murmurings of Pancake Day being bandied around and people have last-minute gatherings at their flat to eat what is essentially, undercooked batter in a small pile with some of that lemon stuff squeezed on the top. Those guys at the lemon bottle company must live off one day for the rest of the year.

Even if we’re not religious, we like to give something up for Lent. We’re a culture with everything available to us at all times, and we like to deny ourselves these things for certain periods of time, in order to tell people that we’ve succeeded at it, and document our return to it on social media.

So what have you given up this year? Or what do you want to? Here’s a selection of the best and worst things to abstain from, and what they say about you, by me, a journalist who had the willpower to make it 24 days through Dry January:

Come on, have an idea. Don’t do this. Don’t be so bloody predictable. You’ve thumbed this in at the last minute when someone asked you at work whilst you were making a brew.

Yes that first Easter egg in forty days will taste like crack, but this is so boring. It’s also probably pretty easy, you can still eat cakes and pastries and desserts and stuff, it’s not big and it’s not clever. This is one of the worst things to give up and you are basic and a bad planner.

Yes we know alcohol is bad for you and it saves you money when you don’t drink it, but Lent is not the time for that. Dry January and Sober October are so-called for that exact reason. This is laziness, Spring is starting, it’s probably feasible to have a rosé closer to Easter. Real men drink rosé.

Also it’s 40 days, that’s ten days longer than your average month, do the maths. Don’t mug yourself off. You’re the person who starts wearing the trend a year after everyone else.

Actually a pretty good one this one. Clothes is a common one to give up buying, which lets face it, is pretty easy, probably only tempts you two or three times in 40 days, and saves you a decent chunk of money. Plus you can dig out some old stuff you haven’t worn in years and pretend it’s new.

The deluxe version of this is of course, not buying anything that you don’t need to survive. So no clothes, no booking flights or organising holidays, no fancy dinners, no new tech or stuff to make your house look better. God, we buy a lot of stuff don’t we? This is a good idea. This is a very good idea, you are good. You’re a good person.

Yeah, pretty good, actually. Won’t make you totally miserable until like week four, but hard enough that you’ll feel pretty good about yourself by the end. Also you’ll probably have a flat stomach by the end. Probably.

Anticipated hurdles include pizza (Oh God maybe you haven’t thought this through), morning pastries (your hangovers will be three times worse) and Pret sandwiches, which are like rats in that you are never further than six feet from one. But you’re a decent person, you can power through. You’re an ideas man, a thinker, you’re sensitive. You will cry more during these 40 days, yes sure, it will be over a Dominoes advert. Even so.

Dry January(?): What I learnt from sober dating for a month

Don’t be that prick who responds with this.**

**Unless you’re a sky-diving instructor or a sky-diving addict, whose compulsion to throw themselves out of planes has resulted in the loss of close inter-personal relationships and the breakdown of their living situation.

You don’t get ten out of ten for this in the sense of it being a good idea. It is absolutely not a good idea, but you get ten for having the balls to do it. This is the Everest of Lent. The final hurrah. I honestly think that if you could give up sugar for 40 days you would probably be Prime Minister by the end of it.

We’re definitely all zombies for the stuff, in a partial trance waiting for our next hit. So if you can abstain for more than six hours, fair play to you. You could fight Chuck Norris and win, you’ve probably cured at least three global diseases by week three, and your face has started to…have angles? You’re de-puffing at a rate you didn’t think was possible.

Your skin is actually, god it’s, well it’s glowing isn’t it? Have you always been this awake? It feels like there’s 28 hours in every day. You’ve read fourteen books in 40 days! You’re sleeping like a newborn! You…are Jesus! You’re in the desert and you know what, yeah fuck it, you’re gonna give it up FOR LIFE! You don’t need it! Hahaha, everyone else is so silly for needing this subst….oh god you’ve eaten some chocolate on Easter Sunday and got so high you saw God.