If the ancient Mayans were to be believed, humanity should have been gasping its last on 21 December 2012. Lol, they obviously hadn’t heard of 2020/21 and all the crap that has come with it so far...

We're pretty confident that Covid-19, or Trump, isn’t how the world will end (fingers crossed). So what form will our inevitable doom be taking? Nuclear war? Airborne space-virus? Unceasing plague of motorised zombie-vampires?

As ever, movies have the answers – so here are ten of the most spectacular apocalyptic visions ever committed to celluloid. These are the best apocalypse movies - those end of the world films that stick with you, all the way to the sticky end. 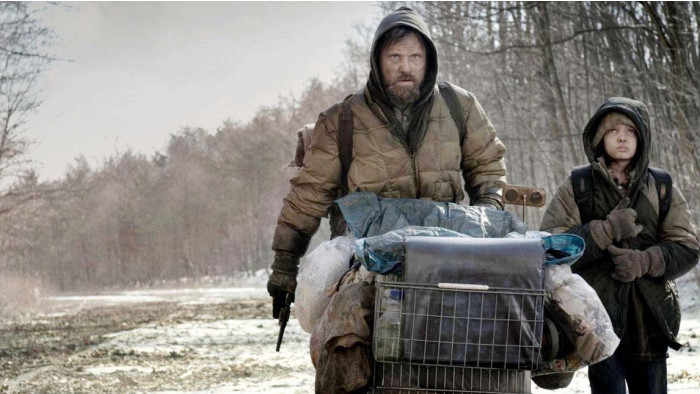 Not a film to watch if you’re feeling at all delicate, this gruelling adaptation of Cormac McCarthy’s equally bleak 2006 novel follows an unnamed man (Viggo Mortensen) and his young son as they trudge, permanently on the verge of starvation, across a decimated, danger-filled America. The cause of The Road’s particular apocalypse is never revealed; whatever it was, it appears hopelessly unfixable. 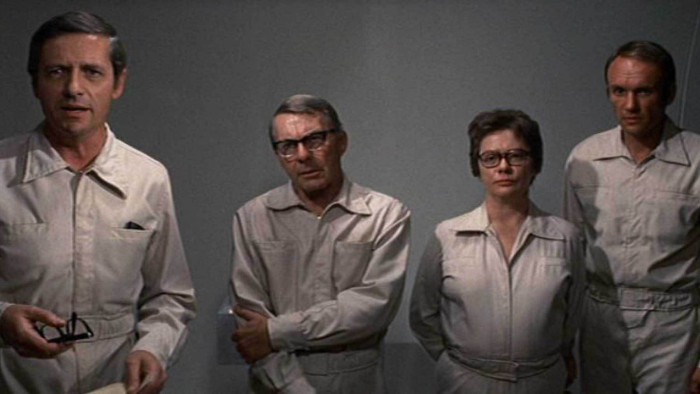 Never have lab coats, microscopes and petri dishes felt so nerve-wracking. Based on the novel by Michael ‘Jurassic Park’ Crichton, The Andromeda Strain follows an elite group of scientists as they battle to understand and nullify an extra-terrestrial microbe that threatens all life on Earth. Hmm, sounds familiar. As the film’s poster had it: “the picture runs 130 minutes! The story covers 98 of the most critical hours in man’s history! The suspense… will last through your lifetime!” 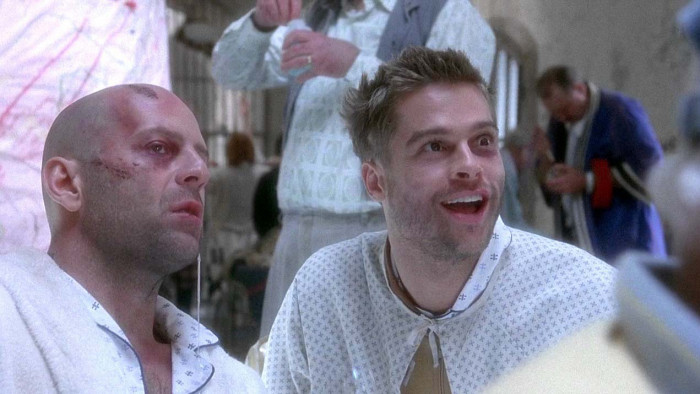 Inspired by 1962 french short film Le Jetée, Gilliam’s shows us an apocalyptic before-and-after, as prisoner-from-the-future Bruce Willis is forced back through time to uncover the source of a manmade airborne virus that plucks the planet clean of life, and sends the remains of humanity scuttling underground. Pub-ammo fact: Gilliam originally wanted Nick Nolte in Willis’ role, and Jeff Bridges in place of Brad Pitt as the film’s crazed animal-rights activist. 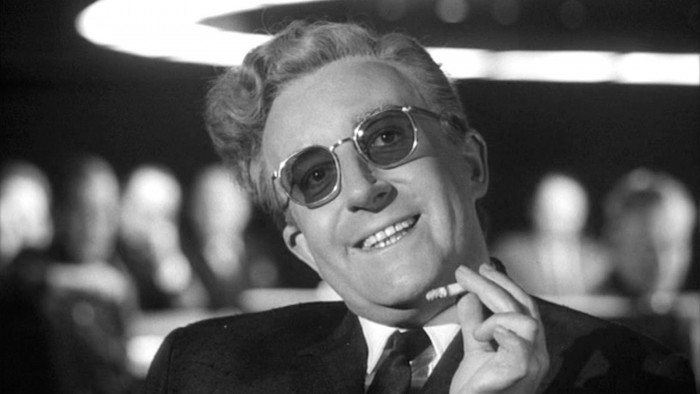 You wouldn’t think a film satirising the madness of humanity possessing the means to systematically destroy itself could be such a chuckle-fest, but that’s Dr. Strangelove for you. As a cold-war stand-off spins horribly out of control and nuclear apocalypse becomes inevitable, Kubrick cranks up the jet-black humour to its cackling limits, while Peter Sellers delivers a career-best triptych of tragicomic performances: British RAF officer, President of America, and the titular Nazi nuke-enthusiast. 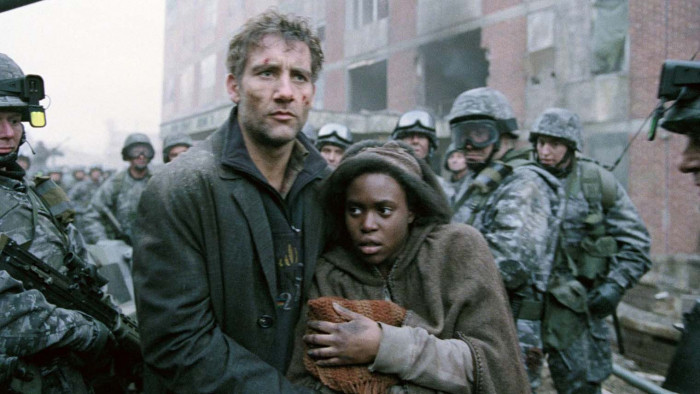 The slowest, saddest, cruellest apocalypse imaginable: the year is 2027, and two decades of global human infertility have pushed society to the point of collapse. Those not driven to suicide by the futility of a world without children trudge onwards toward obsolescence. But then, a miracle, as a jaded Clive Owen uncovers a fragile ray of hope… besides being arguably the best sci-fi film of the Noughties, Children of Men also boasts some of the most dazzling long takes ever filmed. 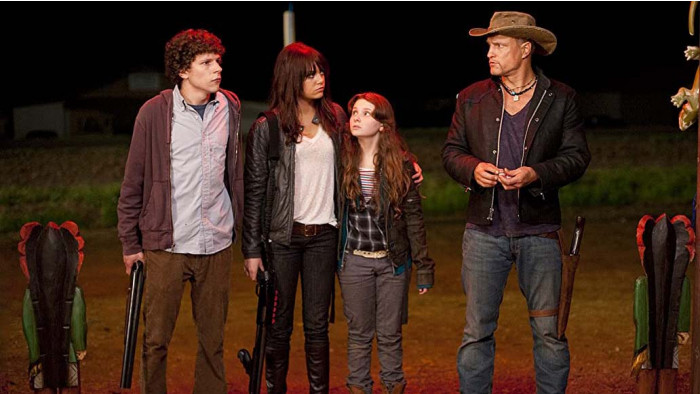 Cheerfully deranged horror-comedy Zombieland is proof that a global zombie apocalypse needn’t be a dreary, downbeat affair: Jesse Eisenberg gets to hang out with Woody Harrelson, canoodle with Emma Stone, and even meet Bill Murray (who pops up in a surprise, movie-stealing cameo as ... Bill Murray). The long-awaited sequel to this from-nowhere mega-hit doesn't quite have the same magic but it's still fun. 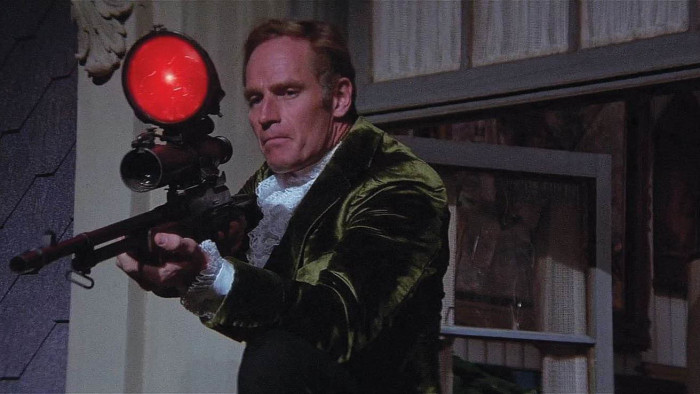 The most fun of the three adaptations of Richard Lester's vampire-plague novel I am legend, the omega man stars a wild-eyed Charlton Heston as the proverbial last man on earth, pitted against an entire cultish society of undead. Heston also starred in two other apocalyptic classics of the era, Soylent Green and Planet Of The Apes – both of which feature “oh snap!” Climactic twists that, unfortunately, have long since been irreversibly spoiler-ed for everyone, forever. 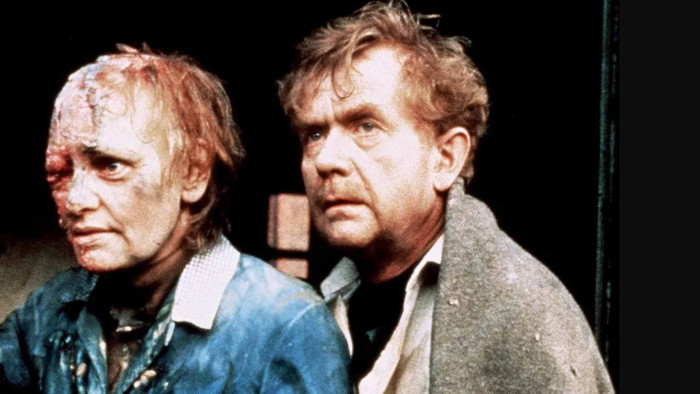 Threads was the BBC's feature-length faux-documentary on a nuclear conflict and its after-effects on one Yorkshire town. It forever scarred anyone fortunate/unfortunate enough to have seen it at the time, and it’s since lost none of its power to shock and disturb. Horribly plausible and grimly meticulous, threads will give you nuke-bombed nightmares for weeks. 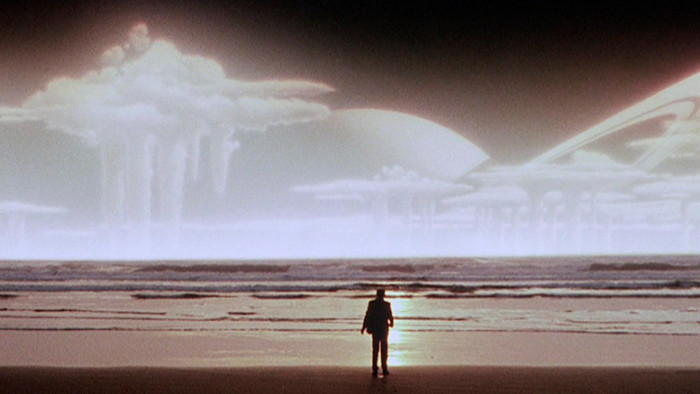 In this cult New Zealand sci-fi chin-stroker, a scientist awakes one morning to find himself alone in the world – utterly, maddeningly alone. An experimental global energy system has gone badly awry and wiped humanity from the face of the planet, leaving behind bleakly empty cities and a fiendish scientific riddle. Can our man figure out where the bejesus everyone’s got to? 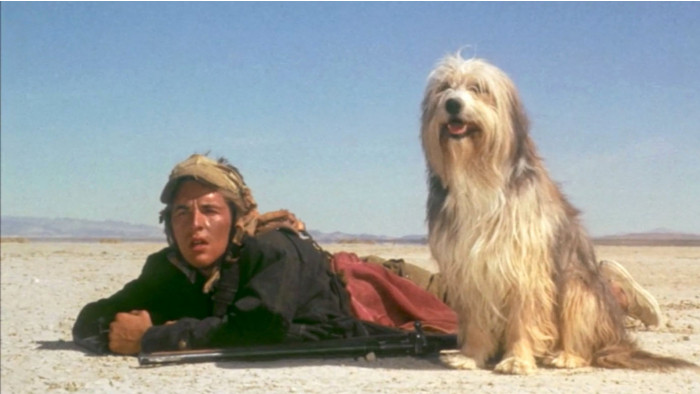 Released under the unfathomable tagline “a rather kinky tale of survival”, A Boy And His Dog starts off odd and only gets odder. On an alternate-timeline earth on which JFK’s assassination failed and eventually led to World War 3 (a similar plot point found in Stephen King's 11.22.63), a young Don Johnson wanders fecklessly across a ravaged America, accompanied by a grumpy, hyper-intelligent dog with whom he is telepathically linked. Part sci-fi thriller, part surreal satire, all incredibly bonkers.