Terminator: Dark Fate early reviews are in – and they're looking good

He'll be back... and widely critically praised 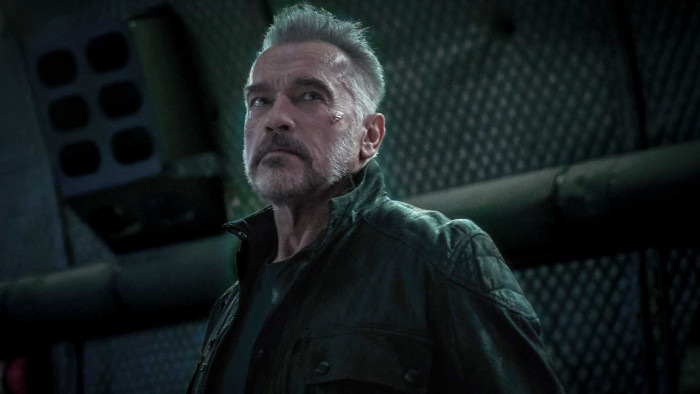 Terminator: Dark Fate isn't out until later this week, but some lucky fans got the chance to see the film a full two weeks before release thanks to surprise screenings across the US.

And responses all point to it becoming an instant classic. Starring Arnie himself, as well as Linda Hamilton, the film was directed by Deadpool director Tim Miller – and even James Cameron is back in the producer's seat. The film starts where Judgement Day ends – which means you can forget the three not-always-that-good sequels that came after that point.

And the critics were loving it.

TERMINATOR: DARK FATE is the Star Trek reboot of the Terminator series. Linda Hamilton is amazing and Arnold kicks ass as the T-800, this time with a major upgrade: fragile human bones. This is the sequel we’ve all been waiting for, a franchise gamechanger. #TerminatorDarkFate
— Ben Mekler (@benmekler) October 21, 2019

PSA for my queer ladies: you are not prepared for how much Mackenzie Davis is going to fuck up your life in #TerminatorDarkFate. I would die for Grace and you would too, you just don’t know it yet. pic.twitter.com/7jhzvjYvOf
— Haleigh Foutch (@HaleighFoutch) October 21, 2019

I was skeptical of TERMINATOR: DARK FATE. Thought the trailers were not great. But I would up enjoying it quite a bit, and the difference maker (vs the other post T2 sequels) is Linda Hamilton. It’s always been HER story and Hamilton adds the needed weight here.
— Mike Ryan (@mikeryan) October 21, 2019

#TerminatorDarkFate is easily the best Terminator movie since T2. Has some fantastic action and loved how the film features 3 female protagonists that all kick-ass. So awesome seeing Linda Hamilton back as Sarah Connor. pic.twitter.com/15Yb6cC18W
— Steven Weintraub (@colliderfrosty) October 21, 2019

Not too long for us mere mortals to wait – it's out on the 25th October. Until then, here's our pick of the best films of the 1980s to remind you what a punch the first film packed.