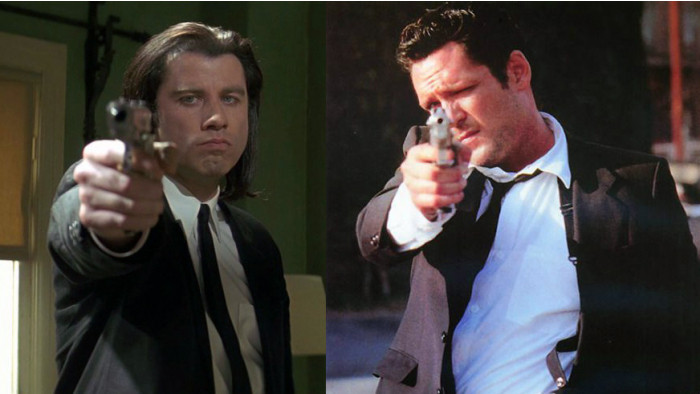 A Vega Bothers movie is something long mooted by director Quentin Tarantino. Unfortunately it's a film that will (very probably) never see the light of day.

Tarantino revealed some snippets of what it could have been about a while back. Speaking to ScreenRant last year he said that it would have been a film that takes the 'Amsterdam' monologue in Pulp Fiction and fleshes it out.

This brilliant bit of dialogue is when Vince Vega (John Travolta) is in a car with Jules (Samuel L Jackson) and he's talking about his time in Amsterdam and all the “the little differences” he loved while being the boss of “some club for Marsellus”.

Then again, he also noted that it could work even not as a prequel but as the two actors playing the brothers of the brothers who get together to avenge Vince and Vic's death.

That was pretty much as far as Tarantino got with the story, apart from an almost guaranteed scene where Vince orders a beer in McDonald's and covers his fries in mayonnaise.

But there was more to the movie than this elevator pitch. So says Michael Madsen, who played the 'other' Vega brother in Reservoir Dogs, Vic Vega (AKA Mr Blonde).

Speaking to The Hollywood Reporter recently he said: “It was very complicated, but when Quentin starts discussing an idea, it’s very easy to go along with it.

“He had come up with this idea that it would be the twin brothers of Vic and Vincent, who met after the deaths of their siblings.”

"We were supposed to be in Amsterdam, criminally. The picture was going to start out with the two of us being released from prison in different states. And we open up a club in Amsterdam."

There we have it, kind of. It sounds like Tarantino's not-a-prequel-idea did get pitched to Madsen (and we presume Travolta) but for some reason it just didn't get made.

It does sound high concept but you just have to watch Inglourious Basterds and Once Upon a Time In... Hollywood to know that Tarantino is the king of revisionism, so if anyone could pull off a high concept bringing back together of the very dead Vega brothers, then it is him.

Then again, it's not as it's not getting made. God, this is complicated.

What isn't complicated is our best Tarantino movies guide - don't forget to head there and vote for your favourite.