Until Spielberg stepped in (apparently). 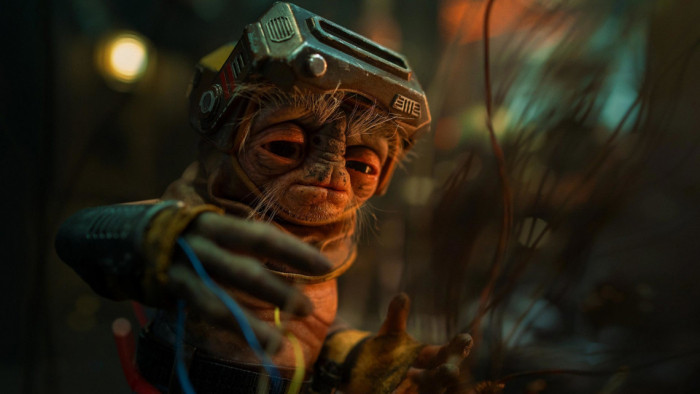 As the Skywalker saga draws to a close, there’s one thing we can all agree on - we all want more Babu Frik on our screens.

The tiny, alien droidsmith stole our hearts in Star Wars: The Rise of Skywalker but it turns out, he could have had a much darker ending.

The film’s creature effects creative supervisor Neal Scanlan and concept artist Ivan Manzella told Empire that Babu was meant to die when Kijimi was blown up.

Luckily, it seems Babu also stole Steven Speilberg’s heart when he saw the film for the first time and he was saved from that dreaded fate.

Scanlan explained: “It could be a rumour, but I believe J.J. screened the movie for Steven Spielberg, and at the end Spielberg said, ‘What happened to Babu?’,” Scanlan told Empire.

“Everybody thought, ‘Oh God, what did happen to Babu?’”

“I think he was going to die originally – I think the AD shot that,” admits Manzella. “When the planet [Kijimi] was blown up, he was on it.”

Apparently, it was this comment from Spielberg that prompted the team to add that scene on Zorii Bliss’s ship.

Whatever the reason, we’re so glad they did.

Star Wars: The Rise of Skywalker is available now on digital release and will be released on Blu-ray and DVD from 20 April.