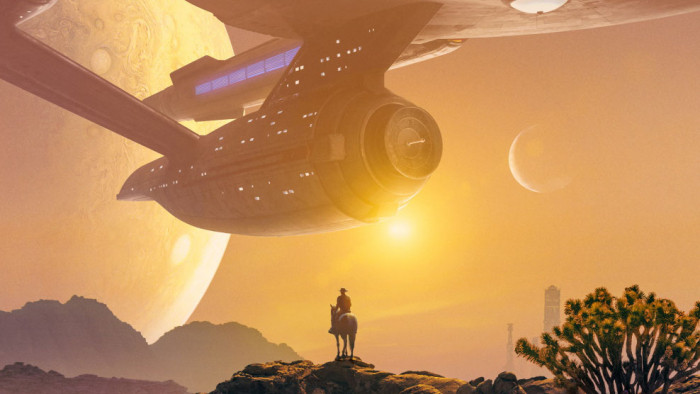 Star Wars and its interconnected universe may be getting all the headlines right now, but Star Trek fans are also getting myriad new adaptations of their favorite franchise with a whole host of new shows revealed - and one of them has links with the greatest Star Trek villain of all time.

Paramount+ recently held a Television Critics Association (TCA) panel to talk all about its plans for its Star Trek streaming plans, revealing that we are set to get Star Trek: Starfleet Academy, which focuses on up-and-coming Starfleet recruits.

Star Trek Discover spin-off Section 31 was also mentioned, with its makers hoping to get the greenlight on this one soon.

Alex Kurtzman also hinted at much more to come, noting: "We're thinking about knowing we'll want new shows on the air two or three years from now so we have to start planning those now. There's a bunch of things in development now that are starting to take shape and we're super excited about it."

But the biggest news was saved for the next Star Trek show to start streaming Star Trek: Strange New Worlds. Premiering in May, the show is based on Original Series character Nyota Uhura (played by Celia Rose Gooding) - in this show she is a cadet. It will also star Rebecca Romijn as Number One, Ethan Peck as Spock and Anson Mount as Captain Pike - actors who have already played the characters in Star Trek: Discovery.

While executive producer Akiva Goldsman said that they don't want to bring in older characters just "for the headlines", they did tease that one character has links to a fan favorite.

It's been confirmed that English actress Christina Chong (Line of Duty / Black Mirror) is set to play La’an Noonien-Singh, who is related to Khan Noonien Singh.

Khan is one of the most popular Star Trek villain of all time. In our best Star Trek Villains list (voted for by you), he is right at the top, beating The Borg in second place.

Famously Khan was played by Ricardo Montalbán, in Star Trek II: The Wrath of Khan. The role was reprised, rather awkwardly, by Benedict Cumberbatch for Star Trek Into Darkness.

This link is obviously one that will have fans hoping that we will see Khan in further seasons of Star Trek: Strange New Worlds but Goldsman does temper expectations, according to Den of Geek, saying that: "We’re starting with this group" but they are also "open to widening our arms" when it comes to adding in some more classic characters.