The best Star Trek villains of all time: from the Borg to the Klingons

The most memorable bad guys from the final frontier.

Like the even older Doctor Who, Star Trek has created more than its fair share of memorable adversaries since it debuted in 1966.

Many were instantly forgettable – few fans are still singing the praises of the Kazon, the Son’a or the Xindi – but others are nearly as famous as the franchise itself.

Here are 10 of the best Star Trek villains from the last five decades, taking in baddies from everywhere from the original series to The Next Generation, the movies and Discovery.

Don’t forget that you can set phasers to upvote or downvote these classic Star Trek villains.

All of the existing Star Trek TV shows are available to stream on Netflix, while Star Trek: Picard is on Amazon Prime Video.

Every one of the Star Trek movies is available to watch now on Paramount+. In fact two Star Trek shows feature in our best Paramount+ Shows guide. 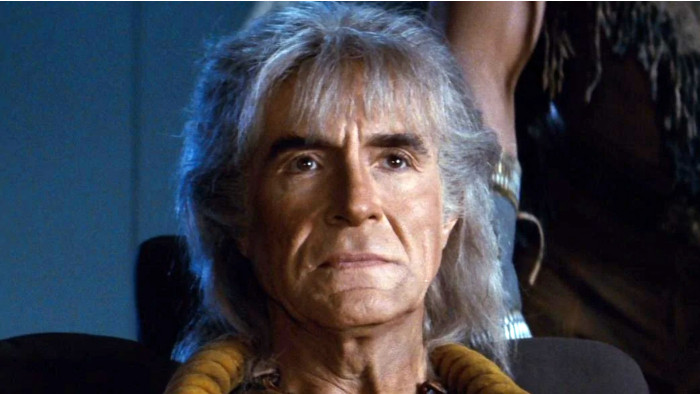 During Earth’s Eugenics wars of the 1990s (yep, they passed us by too) Khan was a genetically engineered tyrant who escaped into space with his most loyal followers. Revived by James T Kirk in original series episode “Space Seed”, he tried to take over the Enterprise before being exiled on a barren world for his troubles.

Superhumans don’t give up, however, and when he was unexpectedly picked up by a recon mission 15 years later, Khan vowed vengeance – and became one of Star Trek’s greatest villains in franchise highpoint The Wrath Of Khan. Khaaaaaaaan! 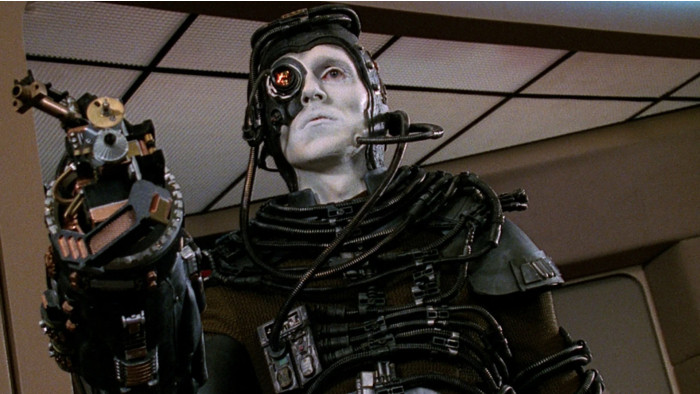 The comically inept Ferengi were originally set to be the Big Bads of Star Trek: The Next Generation, hard as that is to believe three decades later. That didn’t quite work out, but in season two episode “Q Who?” one of sci-fi’s all-time great antagonists appeared on Jean-Luc Picard’s viewscreen for the first time – the Borg.

Cybernetically enhanced and acting as a single, ruthless hive mind, they’ve spent centuries assimilating other species into their collective, while reminding the universe that “resistance is futile”. 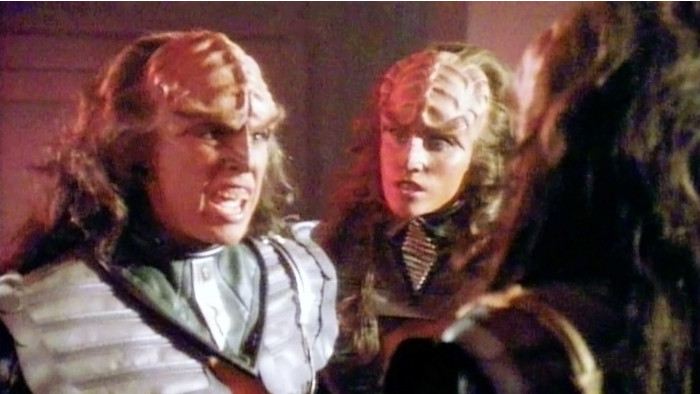 A product of 1960s Cold War paranoia, the Klingons were a thinly veiled analogy for the Soviet Union in the original Star Trek. As synonymous with the franchise as Daleks are to Doctor Who, the Enterprise’s most famous foes returned as villains in the movies with a radical new look – those famous lumpy foreheads – before making an uneasy peace with the Federation in the Next Generation era. Their warrior-based society went on to form the backbone of many a TV story. 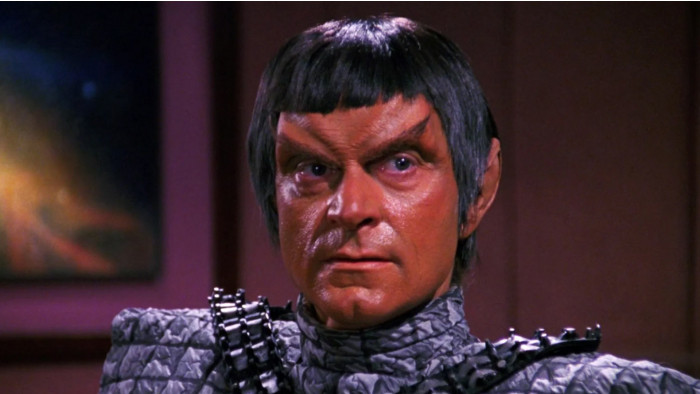 Although closely related to the Vulcans, the Romulans have always favoured military superiority over logic. First introduced in the original series, this secretive race went AWOL for decades before Jean-Luc Picard reopened hailing frequencies in The Next Generation.

Since then, they’ve been regular Star Trek antagonists on TV and on the big screen – including JJ Abrams’s first reboot movie, where their world was destroyed by a supernova. The survivors of that apocalypse are set to play a key role in upcoming Amazon Prime Video series Star Trek: Picard. 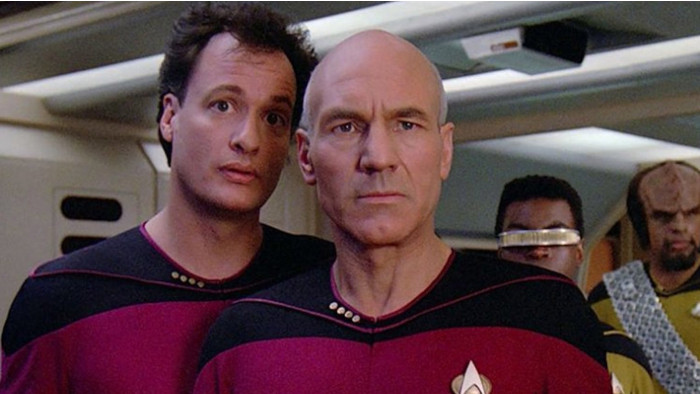 While Kirk and Spock met a being who claimed to be god in the laughable Star Trek V: The Final Frontier, The Next Generation had its own omnipotent being to contend with. Originally introduced in the pilot episode, putting the Enterprise crew on trial for the crimes of humanity, Q gradually evolved from full-on antagonist to a fun (if all-powerful) thorn in the side – and even developed a grudging respect for Jean-Luc Picard and co.

Episodes were generally better if they boasted a visit from Q – he even played matchmaker between the Federation and the Borg. 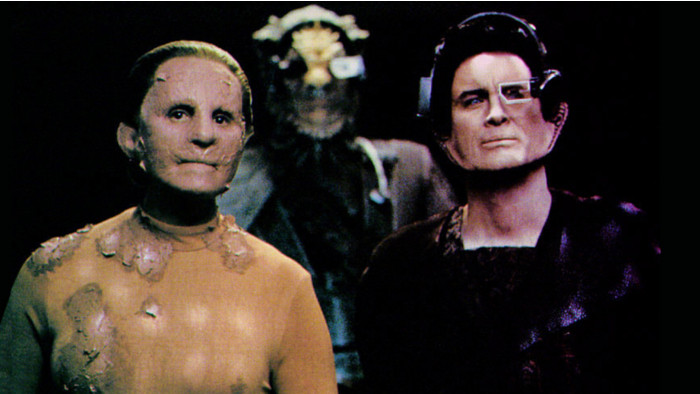 Deep Space Nine started off as a pedestrian hybrid of The Next Generation and Babylon 5. Then its second season revealed the threat that lived on the other side of the wormhole: the Gamma Quadrant’s evil Dominion.

They were comprised of the militaristic Jem Hadar, genetically engineered to do their masters’ bidding; the Vorta, obsequious clones bred to relish admin; and finally the shapeshifting Founders running the show, acting like gods and providing a worthy enemy for Star Trek’s first proper story arc. 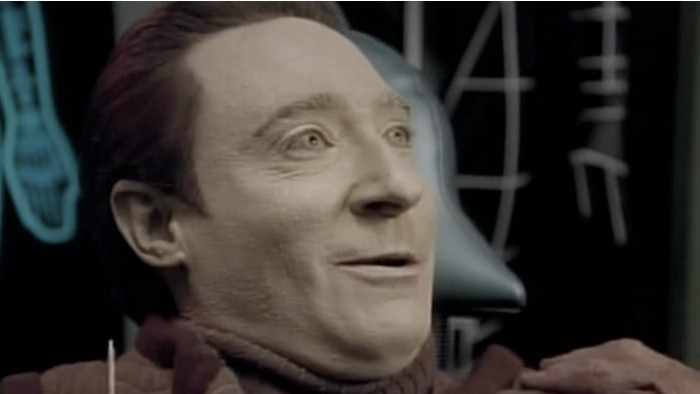 The old storytelling staple of the evil twin gets an android reboot, in the form of Data’s older brother, Lore. Unfortunately, this prototype model had some major programming glitches – like megalomania, an innate sense of superiority, and a penchant for mass genocide.

He’s also fond of impersonating his little bro. Lore eventually led a rogue faction of Borg who were struggling to deal with their new-found individuality, before he was ultimately captured and permanently boxed. 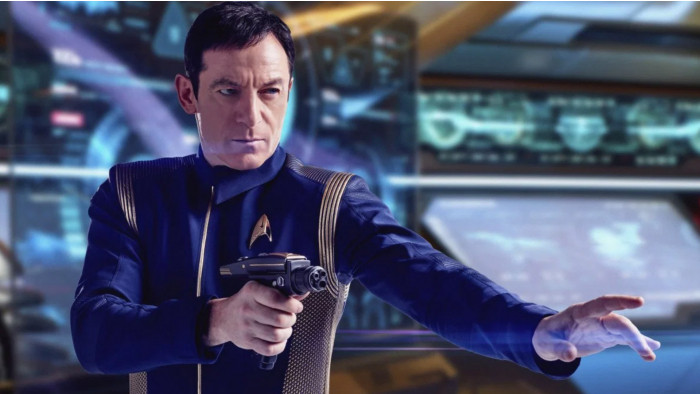 Starfleet captains are usually model Federation citizens, but there was always something a bit different about Gabriel Lorca. Being on a war footing against the Klingons was always going to shift the rules of engagement, but even so, the USS Discovery’s commanding officer had remarkably scant regard for regulations and the sanctity of human life.

It all made sense when the captain was revealed to be the other Lorca from the authoritarian Terran Empire in the Mirror Universe, a place where it’s good to be bad. 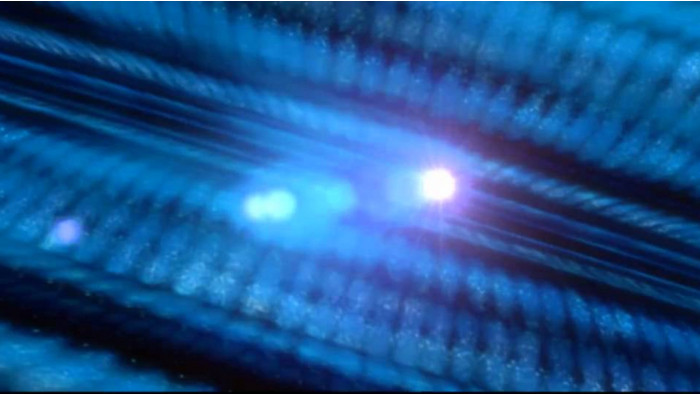 Sometimes the worst enemies are the ones you build yourselves… In 2001: A Space Odyssey wannabe Star Trek: The Motion Picture, the mysterious V’Ger wiped out all in its path as it attempts to hook up with “the creator”. Ultimately it turned out to be Nasa probe Voyager 6 with some serious upgrades.

It had learned some stuff through the course of its lengthy travels, so was looking to attain the next level of existence – with little concern about the collateral damage. 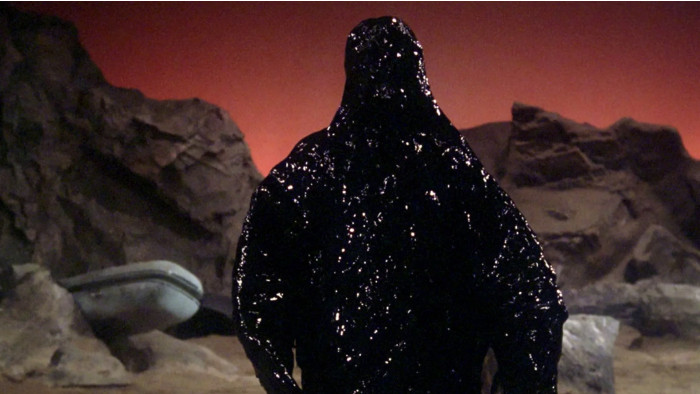 This malevolent oil slick only appeared once, in The Next Generation episode “Skin Of Evil”, but warrants a place in this list of great Star Trek villains because it’s one of the few entities to kill off a principal crew member. The distillation of an entire planet’s bad vibes, it delighted in tormenting humans and murdered security chief Tasha Yar for its own amusement. One of Trek’s most shocking moments makes you rather glad he can’t leave his home planet.