St Patrick's Day is nearly here, so here's a Google Map of all the Irish pubs near you

"Top of the morning to you, barkeep! Eight Guinnesses and a stupid hat please!" 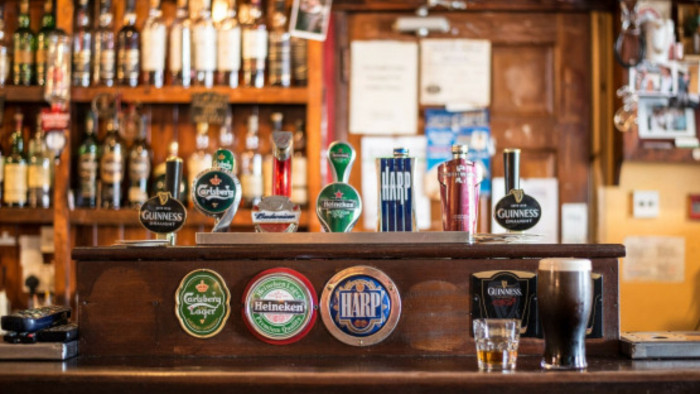 Despite there being no historical record of Saint Patrick himself wearing a big silly top hat made of foam that looks a bit like a big pint of Guinness, it’s a big part of his legacy that once a year, anyone who has a tenuous link to Ireland (like they went there once, or their dad read a book about it, or they just think Sharon Horgan has really nice hair) feels like they have an excuse to get very, very pissed in his honour. Shamrocks everywhere, Guinness breath, people who shouldn’t do accents doing accents they shouldn’t do… It’s sort of awful?

You could go to Ireland, of course, but what if you’re in England, Scotland or Wales? Premier Inn have put a big-ass map together of all the Irish pubs in Great Britain, so wherever you are, you can find – and be ready for this, it’s a cool Irish word that makes people who say it seem cool – “the craic”.

Find the map here – there are 200ish Irish boozers on there, so you have no real excuse not to spend this Sunday getting as drunk as you possibly can, all in the name of celebrating the Emerald Isle.

Sir Lenny Henry’s favourite hotel chain has also put together a list of the top-rated Irish pubs in England, Scotland and Wales. Hey, for a fun challenge, try visiting them all in order within a 24-hour period with the help of an extremely patient and ultimately extremely pricey Uber driver!