SEGA celebrates 60th anniversary with amazing blast from the past

New website charts the long history of the videogames company. 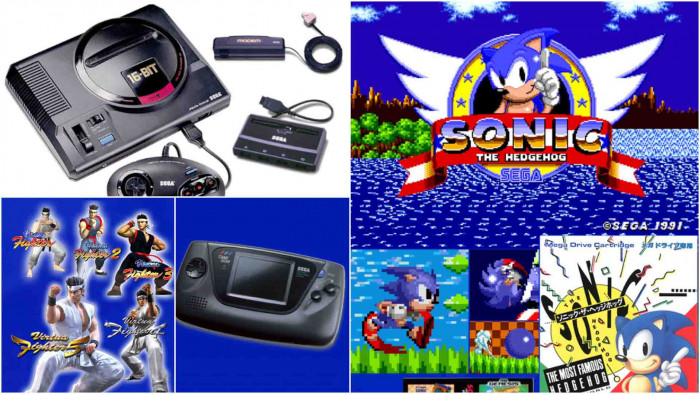 SEGA is 60 this year. While that no longer means it can pick up a pension, put its feet up and smoke a pipe, it has put the games company in a reminiscing mood.

Even though the official birthday of the company isn't until the 3 June, SEGA has revealed a lovely interactive website that showcases and celebrates the many achievements it has had over the last 60 years.

Starting off in 1960, with an image of the original deeds of the company, the site allows you to scroll through the years.

And while you may be tempted to skip straight to the '90s, when Sonic was made - there's a ton of goodness before the character was even a twinkle in creators Yuji Naka and artist Naoto Ohshima's collective eyes.

While SEGA is still alive and kicking with Sonic, the brilliant recent SEGA Mega Drive Mini and Two-Point Hospital, it's wonderful to see the rich heritage of the games company.

This is the company that made the first mass-produced jukebox in Japan, is the biggest manufacturer of arcade games in the world and, in the 70s, practically kicked off Las Vegas' big gaming boom.

Given the success of the recent Sonic The Hedgehog movie, there's still a lot of (blue) blood pumping through SEGA and we can't wait to see what other, presumably stay-at-home, celebrations it has planned next for the company.

You can see the timeline for yourself by heading to SEGA's 60th Anniversary site.