Sony's best phone yet is something of a movie star. 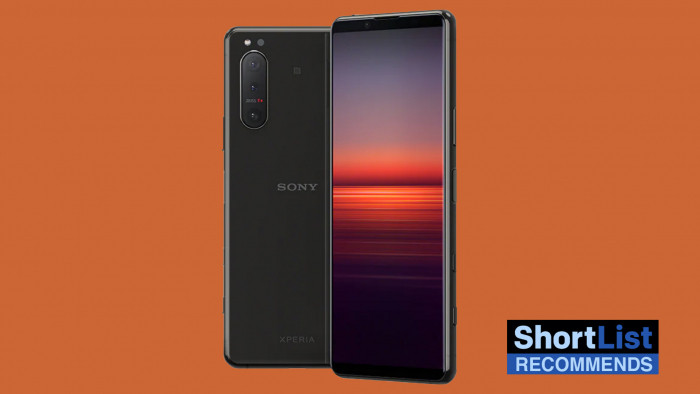 With the smartphone market awash with mid-range generals right now, all packing a stupendous amount of power for not a huge amount of cash, to stand out at the (near) top, you have to have a rather special phone. The Sony Xperia 5 II is that phone. It fights and (nearly) wins on many fronts.

The Sony Xperia 5 II is a handset that will appeal to gamers, thanks to its Sony PlayStation credentials. It’s a camera phone with eye-opening optics, thanks to Sony’s expertise with its cameras. And then there’s the movie factor - again, Sony looks to its own prestige in this area and brings it to its phone.

The Sony Xperia 1 II is a stunning flagship by Sony but it was a touch unwieldy, thanks to a massive 6.5-inch screen. Here the screen is shrunk slightly to 6.1 inches and it makes a decent difference when handling the thing.

Annoyingly, this size reduction also comes with a quality reduction. The 4K screen has gone and is replaced by a Full HD Plus (1080 x 2520) display, albeit one with a brilliant 120Hz refresh rate - a first for Sony and one that works well to improve both gaming and movie watching.

The other corners that have been cut are the actual corners - the Xperia 5 II has a smoother, rounder edge than its Xperia 1 II bedfellow and we prefer the look.

We do wish that Sony could reduce the bezel on the top and bottom of the device, but the 21:9 screen is gorgeous and its form factor certainly makes it stand out against the competition.

2. The phone is built for movies

Okay, so the Xperia 5 II may stumble slightly because of its lack of 4K but the 21:9 display is still a delight. It’s OLED for a start and has HDR on board which enhances the detail. It’s not just about the hardware, though. Sony has sprinkled some Bravia dust on to its display. It’s powered by CineAlta to make sure colours on the screen are reproduced faithfully to the movie you are watching and the addition of Dolby Atmos is a great move.

Sound, in particular, is a highlight of the Sony Xperia 5 II. Sony has added in High-Res audio playback and the fact that there’s a 3.5mm jack on board means that they are trying to tempt serious audio enthusiasts.

Sony is leaning on the PlayStation a little with the Sony Xperia 5 II, as you can connect a PS controller up to the thing to play Android games. The 120Hz screen once again comes into play with gaming, offering super-smooth scrolling and this handset is the handset to play Call of Duty Mobile, thanks to the wider screen.

The biggest thing for us, though, is that Sony has added in some great tech that improves the touchscreen for gaming. Called ‘240Hz Touch scanning rate’ it means that your button mashing translates precisely to the on-screen actions.

The cameras on the Sony Xperia 5 II are ace. They have that great mix of software and hardware, with Sony adding a large BIONZ X sensor to the handset. This allows in more light and makes for decent low-light shots. It’s taken some tech from its Alpha cameras and added this to the Xperia 5 II, too, and it shows.

There’s real-time Real-time Eye AF tracking to keep your model in shot at all times, a full suite of manual controls, while the three rear cameras are all 12MP lenses with different focal lengths. Rounding things off is a dedicated shutter button on the side of the device, which really does make you feel like you are using a camera and not a phone.

5. Battery is decent, although no wireless charging

Despite the 120Hz screen, a known battery hogger, we were impressed with the battery life on the Sony Xperia 5 II. The 4,000mAh battery is big for a phone of this size and we managed to get through the day and night with it. If you have a bout of intensive gaming or movie watching then this does reduce the battery but we never worried about it.

You do get a fast charger in the box (18W) but it can also support 21W chargers. We managed to charge the thing 50% in 30 minutes so we were impressed.

We weren’t as impressed with the lack of wireless charging. Couple this with a lack of an in-screen fingerprint scanner (it’s situated on the side button instead) and you do have a few noticeable areas where Sony could improve the handset.

Sony Xperia 5 II is a fantastic phone with very few flaws. It really is a great handset for most people: it’s a superb gaming device, cutting-edge camera and a phone fit for films. Add to this some High-res Audio smarts and you can forgive the lack of a 4K screen, the bulky bezels and wireless charging.

The Sony Xperia 5 II is one of our favourite phones of 2020 and now we’ve finished this review, we’re heading straight back to it to watch another movie.