Sony’s noise-cancelling headphones are practically perfect in every way. 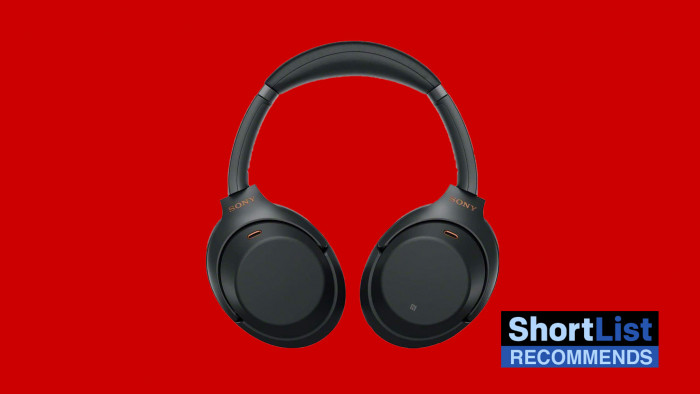 Where would we be without noise-cancelling headphones? With the world the way it is right now, there is nothing better than putting on a pair to cut out the screaming baby noise of politics. But with the popularity of true-wireless earphones having many looking for good-sounding, compact in-earbuds it’s easy to forget that if you want truly superior sound, then you need to invest in a decent pair of over-the-ear cans.

In recent-ish times the name on everyone’s lips, when noise-cancelling was mentioned, would be ‘Bose’ but Sony has made massive strides in this area, thanks to its WH-1000XM range.
Its Sony WH-1000XM3 headphones were a stunning achievement, with only the occasional touch control niggles (in cold weather) and single Bluetooth pairing spoiling the party.
Can lightning strike twice for Sony? Well, its latest Sony WH-1000XM4 headphones may not be a big change when it comes to looks but, boy, do they deliver.
Here are 5 things you need to know…

1 They look familiar but feel different

Sony has taken an ‘if it ain’t broke, don’t fix it’ approach to the WH-1000XM4s. They are practically identical to their predecessors, the outside of the ear cups the same shape, the same minimal physical buttons in the same place. Put them on, though, and there is a difference. The texture used feels slightly different, the ear cups envelope the ears better. There seems to be a trimming of the headband, too, and the metal retractable band is much more subtle when it’s on show.

2 They are fantastically comfortable

The Sony WH-1000XM4 headphones don’t grip the head as much as other ‘over ears’ we’ve tried. They never feel like they are going to slip but they don’t cause discomfort, either, even when worn for hours (and we happily wore them for hours). They are fairly light, too, at 254g. The touch controls are really responsive. We particularly liked the ability to cup the right earcup with our hand to chat to someone with the headphones still on. There’s even a ‘speak to chat’ function that cuts the music when you start speaking - again, meaning you don’t have to take off the headphones and you won’t want to take off these headphones.

3 Setup is easy and actually fun

While you can just pair the headphones with your phone straight away (dual pairing is on board finally), and not worry about calibrating them for your ears, where would the fun in that be? If you don’t want to go through this process, then connecting is ridiculously simple - you can use the NFC on the side of the left earcup, by placing your phone near it, or hold the power button and connect via Bluetooth.
But you shouldn’t do that initially - instead, the Sony headphone app is your friend. Through this, the headphones are matched to your head and your ears. This is done by taking pictures through the app (seriously) of your ears and setting up the Sony 360 Audio tech that works with certain services. It’s fun to do and not much of a faff, and you get to hear some lovely bleeps and zaps when it’s adapting the sound for your surroundings. The app also analyses atmospheric pressure which is ideal for when you are on a plane. Ha, planes! Remember them? They were fun.

The app also works with High-Res ready services such as Tidal, to make sure that you are getting the optimum sound out of the headphones. And it really works.
The majority of our testing was done through Tidal, listening to the Tidal Masters which use MQA tech to squeeze studio-quality sounds into streams.
The results were stunning. Talking Heads sounded expansive (through the headphones, they didn’t come to our house for a quick gig), their afrobeat thumping throughout with Burning Down The House a particular highlight. Marvin Gaye’s What’s Going On? soared and was packed with warmth. Peter Gabriel’s Solsbury Hill was softer but crisp, the vocals hitting new heights, while the clinical coldness of Joy Division She's Lost Control never sounded better.

5 You’ll want to take them everywhere

Charging doesn’t take long, we clocked it in at around three hours. If you need a quick burst of juice, then 10 minutes will keep them going for five hours. In total, you can get 30 hours’ playback out of the headphones. Couple this with a decent carry case that’s slimmer than you would expect for headphones of this size and what you have is a pair of headphones that you will want to take everywhere with you. The headphones' app will even use your GPS locations, if you want it to, to adapt their sound to your environment.