Sonic the Hedgehog reviews are in - not bad, not brilliant either

Kudos for the redesign, though - bye, bye enormous teeth. 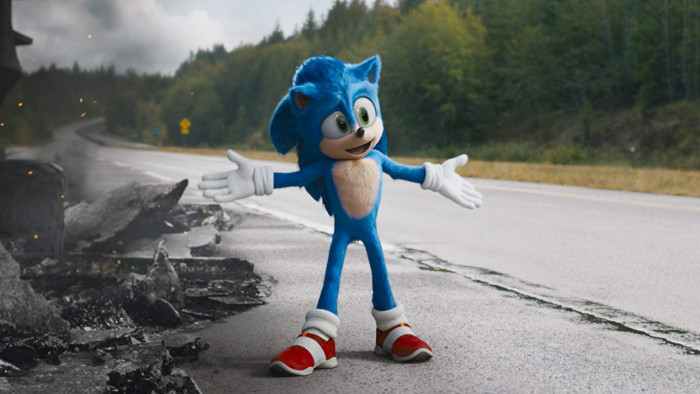 Video game movies have always been hard for Hollywood to perfect - just take a look at Detective Pikachu, even Ryan Reynolds couldn’t turn it into a roaring success.

This - combined with the necessary redesign of Sonic’s creepy smile - meant most of us weren’t expected much from the film.

And, now the reviews are in - and it seems many critics are pleasantly surprised. Or at least haven’t ripped it to shreds to the extent they probably expected (and wanted) to.

Both Empire’s Amon Warmann and The Guardian’s Steve Rose have granted the film two stars, even if Rose described the film as “predictable, derivative caper” that only young children and diehard fans would enjoy.

However, Warmann is complimentary of both Ben Schwartz’s Sonic and Jim Carrey as the villain tech genius Dr Robotnik.

“Schwartz brings just the right amount of childlike energy to Sonic to make his fast-talking tendencies endearing instead of irritating, and Carrey is almost worth the price of admission by himself as the moustache-twirling Robotnik,” he writes.

“From consistently quirky line deliveries to a weird yet entertaining dance sequence, this is easily the funniest the veteran comedian has been on screen in a long while.”

Before adding: “It’s when Carrey isn’t on screen that Sonic The Hedgehog underwhelms.”

The Verge’s Dami Lee praises the redesign of Sonic, saying: “Not only did the animators go above and beyond in fixing Sonic to look more like his video game origins, but they might’ve saved the movie.

“The new Sonic is so adorable that it almost makes up for a pretty generic plot and a human cast that play the roles of “heroic” and “bad” so straight, they could be extras in The Good Place.”

Though, according to Lee, the jokes all tend to fall a bit flat. And, Eurogamer’s Oli Welsh agrees.

“The film doesn't work - at all - but it's not from a lack of effort or professionalism in its making,” Welsh writes.“The script, by Pat Casey and Josh Miller, is absolutely riddled with gags, and some of them are pretty good on paper. But for some reason, I wasn't laughing.”

From the sounds of it, if you enjoy Sonic the Hedgehog for what it is - a children’s film - you probably won’t hate it, you just won’t be going back for seconds.