Soda Dream! Pepsi and 7UP head to SodaStream

You can now make Pepsi and 7UP at home, thanks to SodaStream. 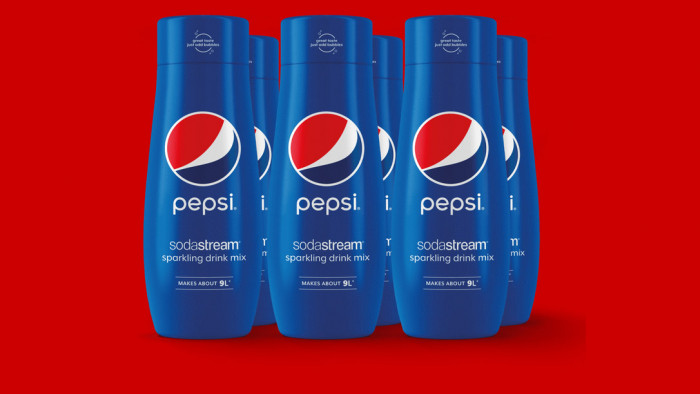 SodaStream has revealed that you can now make some of the world's best-selling drinks through its fizz maker.

It's been announced that Pepsi, Pepsi Max, 7Up and 7Up Free are now available through SodaStream, with one 40ml bottle of PepsiCo flavour making as much as nine litres of drink!

This is the first time that the official flavours of Pepsi and 7UP have been available to be made at home in the UK, through SodaStream.

It's a link-up that makes complete sense, given that PepsiCo bought up SodaStream back in 2018.

It's an interesting time for the fizzy drinks industry, given that CO2 (or lack of it) seems to be a popular political issue right now, but SodaStream is promising fizz and lots of it, while pushing its idea of sustainability.

Using the product means you aren't using single-use plastic, you are using a reusable bottle instead, and you also get that instant nostalgia kick when you press the button and make the sparkling water.

We have already taste tested the new flavours and the drinks are easy to make and taste just as good as the bottles you get off the shelf.

The new Pepsi, Pepsi Max, 7Up and 7Up Free bottles are available now from myriad supermarkets and SodaStream's official site. They are £4.99 for single bottles or £24.95 for a six pack.