Slipknot is launching a line of whiskies 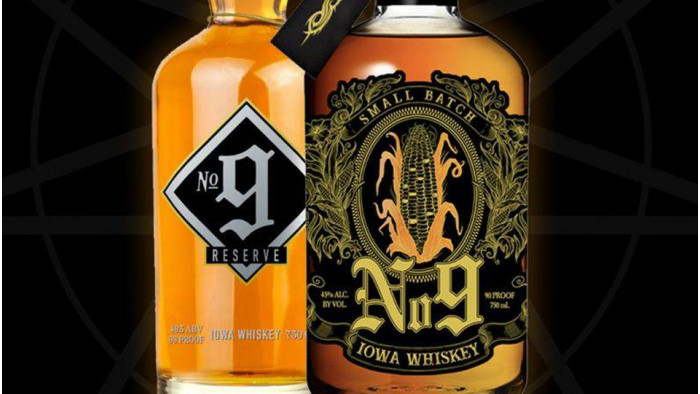 Slipknot has branched out into the whiskey business. Yes, that Slipknot.

You may not believe that a heavy metal band is best suited to distillery work – especially one that literally had a single called Spit it Out. That’s almost certainly the case, which is why the band has collaborated with Cedar Ridge Distillery, a family-owned booze-maker that also happens to hail from the state of Iowa.

The No. 9 Iowa Whiskey will sell for $39.99, while the No. 9 Reserve Iowa Whiskey goes for $69.99. Both are made from corn (as distinct from nu-metal rivals, Korn) and will go on sale at “select retailers” in all 50 states, as well as being available at the band’s Knotfest Roadshow.

Forbes has had a taste of the tipples, and is pleasantly surprised. Apparently you can expect notes of honeysuckle, corn, apple butter or chocolate, depending on the bottle you opt for.

If you’re a fan of Slipknot, but not a fan of corporate marketing spiel, you may want to look away now as the band’s Shawn “Clown” Crahan awkwardly justifies the collaboration: “Slipknot and Cedar Ridge Distillery — two groups of people born and raised in Iowa, and committed to quality and hard work.” Hey, we did warn you.

“We collaborated on No. 9 Whiskey, which in addition to Iowa corn, gets some extra spice from its rye content,” he continued. “I hope you enjoy it as much as we do. Live life, and always be safe.”

Wise words. If you’re not completely sold on the idea of buying your spirits from heavy metal bands, be sure to consult our list of the best whiskey you can buy. We’ll steer you right.