This show is going to be a lot of fun. 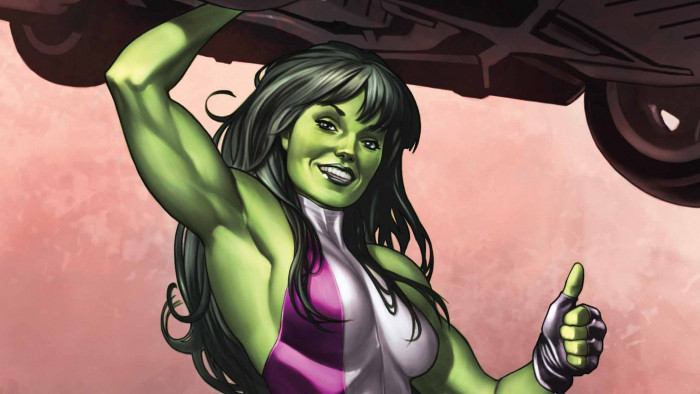 She-Hulk is one of the most anticipated Marvel TV shows, and one fo the first shows to bring a character to screen that we haven't seen before.

Unlike the likes of Loki, The Falcon And The Winter Soldier and WandaVision, it's not using established characters as a stepping off point but debuting Jennifer Walters, a lawyer and cousin of Bruce Banner - AKA, the Hulk.

But that doesn't mean that the show won't have a familiar feel. According to TheDirect, it has the exclusive that the show will take Deadpool's fantastic trope of breaking the fourth wall and use it to shine a light on the MCU.

According to the article, "Walters will acknowledge that she's a character within the Marvel Cinematic Universe" which certainly sets the tone for the humour of the show. And, let's be honest, with the twisting timelines and confusing plots - which we can forgive given there's been over 20 movies now - it would be refreshing to have a show that pokes fun at just where the MCU is right now.

While we would always take these rumours with a sprinkle of the salty stuff, this one has extra credence as it was tweeted by none other that Robert Liefeld, the creator of Deadpool.

He admitted in a Tweet that She-Hulk won't be copying Deadpool's fourth-wall breaking, as it did it in the comics long before Deadpool was created.

She did it long before Deadpool! Deadpool didn’t even break the 4th wall until years after his powerhouse intro & popularity was established! https://t.co/nGxeIk8b75
— robliefeld (@robertliefeld) July 6, 2021

Starring Tatiana Maslany as Jennifer Walters, Mark Ruffulo as 'you know who', Tim Roth as The Abomination (who seems to also be in Shang-Chi) and reportedly Jameela Jamil as the big bad Titania, the show is set for launching on Disney Plus in 2022.

These are the best Marvel TV shows around right now.