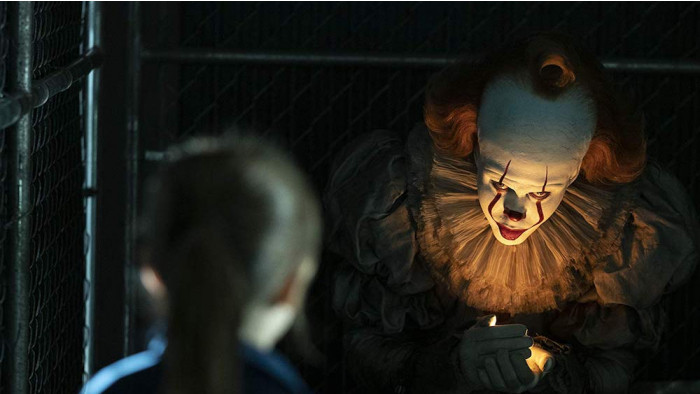 We’re being beckoned back to the town of Derry… not just by the bloodthirsty Pennywise the clown, but by Andy Muschietti: director of both the highest grossing horror film of all time, 2017’s remake of Stephen King’s IT, and its new sequel, IT Chapter Two.

The second film sees the Losers Club 27 years after the events of the first, with Jessica Chastain, Bill Hader and James McAvoy among the stars joining the horror as the grown-up characters in an epic fight for survival that’s as trippy as it is terrifying.

Not only does Chapter Two make clowns a figure of fright for a whole new generation, but the film is peppered with homages to other classic horror movies – perhaps not a surprise, from the director who also spooked us with 2013’s Mama, and, as he reveals, has been scaring himself silly since he was a wee, floatable child.

Here, the man responsible for bringing all our balloon-bursting nightmares to life, reveals to Shortlist the movies that have scared him the most.

But what would Pennywise shapeshift into to scare the bejesus out of Muschietti? “I was very afraid of ghosts, until I made Mama, a film about a ghost story. I humanised the ghost a lot, then I sort of became immune,” says Muscheitti, “If he really wanted to fucking scare me now, he would incarnate as a nest of cockroaches living under my bed. There's nothing that paralyzes me more from the natural world than that.”

So if we’re being haunted by thoughts of Pennywise, we just need to become immune to the fear by making a film about him. Great! Oh wait, someone’s literally already just done that.

Nightmares incoming - here’s Muschietti’s 5 scariest horror movies of all time, in his own words…

“When I first saw this I was around 10 years old, and it just completely blew my mind. I had never seen anything like that. It was a blend of horror and humour that I'd never quite seen before. It just imprinted on me in a way that, to this day, I think is one of my undoubted biggest influences: the way I like to tell stories and mix horror with humour.”

“This is one of my favourite movies. The magic and the mystery and the world of ghosts always fascinated me. And it’s got that touch of Steven Spielberg, of course. Though he didn't direct it… but did he? Tobe Hooper officially directed the film, but there's a rumour that Steven Steven Spielberg actually took it over, but it’s never been confirmed because of some deal of confidentiality.
“I actually asked Steven Spielberg about it personally. I was meeting with him and he couldn't talk about it. He said, 'I can't I can't tell you. But one thing I can tell you is, I wrote it'.”

“It’s the best werewolf movie, ever. I saw this when I was 11 and it gave me a lot of anxiety. There were themes that were too obscure and mature for my age, and they were sex scenes and stuff that completely fascinated me. And the way that the transformations were executed!
“Rob Bottin, the legendary makeup artist, made the transformation of the werewolf in the doctor's office completely disgusting and horrifying. I wasn't a kid that would have nightmares; I was more like an insomniac. I would spend nights without sleeping because of those movies.”

“Near Dark is my probably my favourite vampire movie. This is Kathryn Bigelow completely reimagining the world of vampires. It was such a breakthrough. These are like trash vampires, going around in an RV, and that blend of Americana, and Western underbelly and, shitty, trashy vampires was just mind-blowing for me. I had never seen anything like that. And there's a lot of very dark and obscure humour in it. There's a scene that, for me, is a masterpiece: the truck stop scene, where the vampires intimidate a whole group of people, who are clients in the truck stop. These are supposed to be tough guys and truck drivers and whatnot, and they just scare them shitless. The way they play with their victims is so terrifying.”

“Rob Bottin’s makeup effects are such a big part of this movie, because of all of the creatures. The shapeshifting creature is an alien that can impersonate the humans in the group on an isolated base in the Arctic. One of them is an alien, and they don't know who. Suddenly, when they discover the alien, the alien shapeshifts into something completely deformed and horrifying and grotesque. That movie affected me a lot.

“There’s an homage to the movie in It Chapter Two, when Stanley's head turns into something, and Bill Hader says, 'You’ve gotta be fucking kidding me!’ which is a line straight from The Thing.”