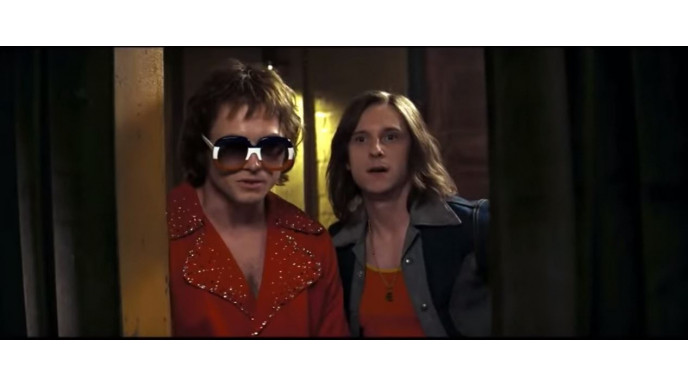 Last year, when we brought you a first look at Taron Egerton in character as Elton John, it was already clear that he had the look down.

Now, though, we’ve been given a chance to see snippets of Egerton’s actual performance in the Dexter Fletcher-directed movie. And yes, that includes singing.

We hung out with Taron Egerton and 5 pedigree dogs

Egerton describes making the film as “the greatest joy of my professional life”, and the new trailer is intercut with interviews with some of those involved.

We get to see the actor perform ‘Tiny Dancer’ in the studio, showing off the voice he uses to such great effect when singing in the film itself, as well as the teaser trailer in full.

“Elton said ‘I don’t think I’ve ever seen anyone who can sing my songs better than Taron’, and the great thing about Elton is he wants Taron’s interpretation of his songs” music producer Giles Martin recalls, and the trailer showcases that quality.

Rocketman is due out in UK cinemas on 24 May, with a US release following one week later.

It is not a straight biopic, however, but rather what Egerton describes as a “fantasy musical”, adding “it’s actually his songs used to express important beats in his life at emotional moments”.

Its release comes hot on the heels of Queen biopic Bohemian Rhapsody, which earned multiple Oscar nominations including one for Best Picture. Fletcher worked on Bohemian Rhapsody, replacing director Bryan Singer late in the process.

The film is the director’s first big-screen project since 2016’s Eddie the Eagle, which also starred British actor Egerton in the lead role.