Robert Downey Jr. is a long way from Avengers in new Dolittle trailer

He's just not a people person in this classic adaptation 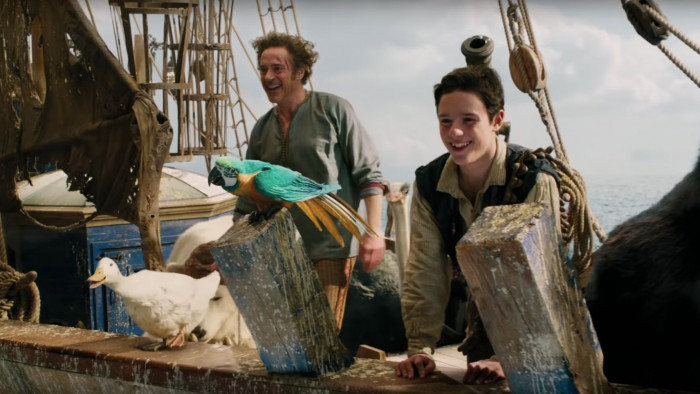 Robert Downey Jr. sure is a long way from the Marvel Universe with his new film, Dolittle.

Yep, you heard right - Iron Man is being reincarnated into the famed man who can talk to animals, Doctor Dolittle - except this time it’s set in Victorian England. Directed by Stephen Gaghan (Traffic and Syriana), Dolittle is certainly a twist on the classic as the film looks to be something of a combination between Downey Jr.’s portrayal of Sherlock Holmes and Pirates of the Caribbean (admittedly, if both had a lot more animals). Either way, it’s pulled in a pretty star-studded cast - with Ralph Fiennes, Tom Holland and Emma Thompson all lending their voices to animals, alongside live performances by Antonio Banderas, Michael Sheen and Jim Broadbent. The trailer doesn’t give us the best idea of what the storyline will be, instead showing us a series of action shots of Downey Jr. surrounded by a number of talking animals - including a parrot, tiger, polar bear and ostrich. Though, to be fair, it is only a teaser, so you can probably expect more story details to come out in later trailers. For now, we do have an official synopsis to help us along. It suggests that Dr. Dolittle is forced to set sail accompanied by his animals to search for a cure that will save the gravely ill Queen. Along the way, Dr Dolittle comes across “old adversaries and discovers wondrous creatures”. It’s unlikely to be the box office hit of Avengers: Endgame, but with CGI animals, Victorian clothing and Downey Jr. in lead, the kids will probably love it. Dolittle will be released on January 17, 2020 in the US, and the later date of February 7 for the UK.