How to ace remote working: 7 tips for those conference calls

Put your best face forward with these working from home tips. 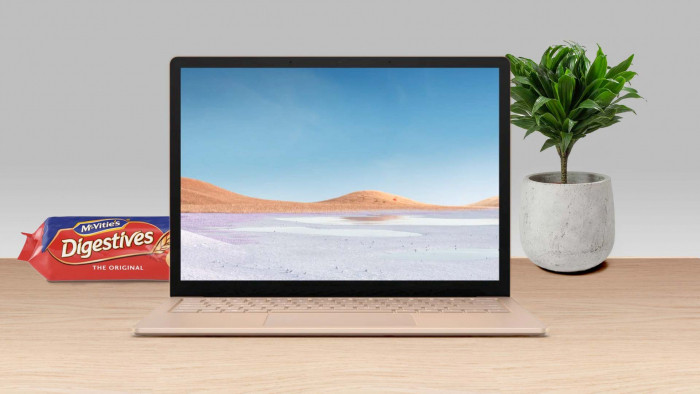 So, like most of Europe, you’re now working from home.

There’s no need to get dressed, brush your teeth or do your hair. Which is all pretty standard, until you remember that video conference call in which you might be presenting, interviewing, or brainstorming.

And that’s when the panic sets in. What do you wear? What do you say? Where do you look? How can you get rid of the unwashed dishes in the background?

Fear not, because Impact Coach (yes, that’s a thing) and former BBC producer Esther Stanhope is here with her essential tips on smashing every video work situation you’re going to find yourself in from now on.

“Your mindset is most important,” says Esther. “You’ve got to decide that you want to look good and sound good, and have a relationship with your audience, which could be your boss, client, team, whoever.”

Here’s how you do it:

“When Cilla Black presented Blind Date, she used to call her camera ‘Bobby’ after her late husband,” says Esther.

“She loved that camera, and made 18 million viewers at home feel like she loved them.” So, we all need to channel our inner Cilla.

“The little green light on your phone or laptop is the last thing you want to look at, but you’ve got to learn to love it,” adds Esther.

This is especially important if you’re doing a video interview for a job: “I know you want to see the other person’s body language and reaction, but when you’re actually speaking, you have to be looking at the lens.”

WE RECOMMEND: Try the Logitech Stream Cam which has autofocus, smart exposure and a cool, flippable design so you can change the screen format. £139.

“Your zygomatic major nerve helps you smile and, when you do, it triggers your brain to make you think you’re happy,” says Esther. “So, just by smiling, you'll look and sound confident.”

You also need to be aware that the opposite is true.

“Even if you’re dying inside, just smile,” says Esther. “I’ve seen people in tech firms trying to pitch an idea, but they literally look like serial killers. They look so intense, glum, and boring. They don’t come across as confident.”

Esther recommends a vocal warm-up like a tongue-twister before a video call to get you in the mood: “Try saying ‘Irish wrist watch’ a few times before you start, it’ll make you smile. Or watch something funny, some comedy maybe."

WE RECOMMEND: Get yourself in the mood to smile with an episode of Curb Your Enthusiasm.

“Whether it’s a police siren or a dog barking, it can be difficult to get good sound,” says Esther, who recommends finding the quietest possible place, but nowhere too big or echo-ey.

“If you’re going to be doing a lot of these calls, as people will be, you might as well sound half-decent, so get a half-decent microphone. Even if you got yourself a mini lapel microphone to put on your clothes, it can make a big difference.”

WE RECOMMEND: The Shure MV5 is an awesome mic for your phone or laptop. It has three DSP modes, and can also be used with an iPad or iPhone. £89.

There’s no point acquiring a great microphone and camera, and then making yourself look stupid. “Don’t sit in front of a window because you’ll look like a silhouette, or a murderer on Crimewatch,” she says.

Instead, you have to find enough light to brighten up your face but not to completely blind yourself - a bit like taking a good selfie.

“The more light you have on your face, the better,” she adds.

“If you’re on a phone, don’t put it down on the desk so it’s looking up your nose, because you might suddenly develop three chins.

“If you’re on a laptop, get a couple of big books like a Thesaurus or a dictionary, and put it on top of them. If the camera is focused above chin height, you will look slimmer and more professional.”

WE RECOMMEND: The Rooster laptop stand is light and compact, and can adjust to the desired height to make you look your beautiful best. £71.34.

“Make sure your eyes are a third of the way down the screen. Any lower, and you’ll look like an egg emerging from the bottom of the screen - or like a little Humpty Dumpty figure,” says Esther.

She also advises to think carefully about what might be in the shot behind you - avoid any clutter, lots of shelves, or laundry.

Standing desks are gaining in popularity, and might help you avoid a situation where you look like a nursery rhyme figure.

WE RECOMMEND: The VariDesk ProPlus 30 sits on any desk, and can be adjusted so you can work - and video call - standing up. £275.

Unfortunately, you’re going to have to get dressed - even though you’re working from home. Although the good news is that you can wear anything, or nothing, from the waist down.

“If you were going to go on Sky News, they immediately shove you into hair and make-up, and wardrobe if necessary,” says Esther.

“So put on a jacket, and make sure your hair isn’t all over the place. Don’t wear black, it doesn’t look good on camera, as it looks like you’re going to a funeral. I get a kick out of wearing my running gear from the waist down and being smart on top.”

WE RECOMMEND: You can’t go wrong with this non-funereal, grey, jesey blazer from asos. £45.

7. Multitask on a conference call

Esther says you have to treat a busy, video conference call like it’s a live meeting - as long as the host knows what they’re doing, everyone will get their opportunity.

But she also says not to be afraid to type: “Use the chatbox to get noticed and make a point, but don’t be afraid to talk over someone - it’s not going to be perfect, but then a lot of conversations aren’t perfect.”

WE RECOMMEND: This quiet keyboard will make sure you don’t disrupt any online meeting with clunky typing, thanks to its low-profile, comfortable keys. Amazon.co.uk, £63.87

Esther Stanhope’s book ‘Goodbye Glossophobia’ is out now. Go to www.estherstanhope.com for information about her online programmes including ‘How to get your dream promotion’.