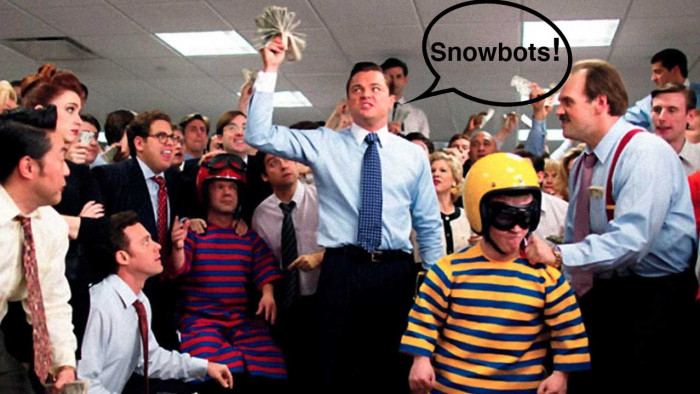 Not content with filling the world smartphones capable of 5G speeds, phone maker OnePlus has revealed that it's created a bunch of snowball-firing robots. Yep. That's what it has done.

These robots are said to be powered by the company's 5G phones (yes, this is a publicity stunt but SNOWBALL-FIRING ROBOTS) and is inviting participants to control the Snowbots from afar.

We are guessing that a lot of snow was used in the marketing department when coming up with this idea.

Now you won't actually get to meet the robots in person, unless you win a competition to meet them - head here to enter that - but if you have a phone, then you can sign up for a OnePlus account and then remotely control the 'real' robots to shoot at each other

"There are four Snowbots," says OnePlus. "Two on each team. You're in control of one Snowbot and need to fire snowballs at your opponents, all while trying to avoid getting hit by theirs.

"You win by hitting your enemy more times than they hit you, be careful not to run out of your eight snowballs too quickly."

According to OnePlus, whose phone the OnePlus 7T currently sits in our best mid-range smartphone guide, the Snowbots fire snowballs at 120mph and the 'bots are situated in Lapland.

The game begins 9 March and will continue 24 hours a day until 12 March. It has released a very quick teaser of the bots, which looks cool but gives nothing away. Head to OnePlus for more information.