OnePlus' latest handsets are smart, speedy and a little familiar. 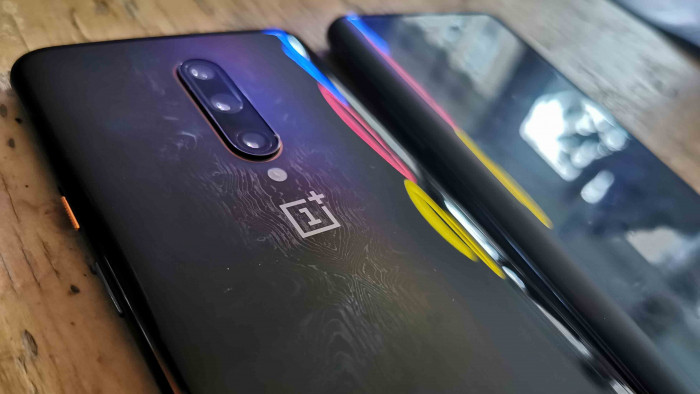 OnePlus has adopted something of an interesting strategy this year, when it comes to revealing its phones. It was very open about the OnePlus 7T, which was revealed back in September - even showing off what the phone looked like before the official announcement.

When it comes to the OnePlus 7T Pro (and subsequently, the OnePlus 7T McLaren Edition), it has been a little bit more coy - teasing rather than telling.

But now it’s official. The OnePlus 7T Pro is here, as well as the very fancy McLaren Edition variant, and Shortlist has been lucky enough to have been using them both for a little while now.

1. The big differences are inside

Take one look at the OnePlus 7T Pro and there really aren’t any noticeable differences from its predecessor, the OnePlus 7 Pro. The chassis is the same, the curved screen is the same - the look and feel of the device is achingly similar to the Pro. So, this is definitely a phone that is all about refinement rather than a complete makeover.

Both phones come with Oxygen 10 OS out of the box, though, and that means they are already packing Android 10 - which is great news. OnePlus' improvements to its own UI means that we really like using it, rather than craving a vanilla Android experience - that is a rare thing!

The size of the OnePlus 7T Pro’s screen 6.67 inches, which is the same as the 7 Pro. It’s also got the same 90Hz refresh rate, which makes it a fantastic phone for gaming and it is a Fluid AMOLED display. There’s also HDR 10+ compatibility so it’s great for watching compatible films and TV shows, from the likes of Amazon Prime.

3. The pop-up camera is still here

The pop-up camera is still there, which means that the screen is free from any camera notch whatsoever. We were hoping to maybe see a change to how the front-facing camera is used (we really liked the reduced waterdrop notch on the OnePlue 7T) but in our tests, the pop-up camera was nice and smooth and worked really quickly when we wanted to take a selfie snap or two. The camera only pops up when you swap the camera around from the rear to front. When it comes to megapixels, there’s 60MP on board for the front-screen camera.

The other cameras on the back have had a bit of an upgrade. What you get is: 48MP main camera, 16MP ultra-wide-angle and 8MP telephoto. We are still testing the camera part of the phone but it's got some great new features, including improvements to night mode and stabilisation in fast-moving shots.

One thing OnePlus has improved is the fingerprint display. It’s been refined so that even if your finger is a little sweaty thanks to life in general and you being a normal functioning human then you will still be able to get into your phone. It sounds like a small improvement but it works really well.

5. The need for speed

The OnePlus 7T Pro and OnePlus 7T Pro McLaren Edition have been given the the all-new Qualcomm Snapdragon 855 Plus chipset so they are really bloody fast. But, you probably already knew this as it is the same chipset that can be found in the OnePlus 7T.

As well as this, there is the there is the Warp Charge charging technology - we managed to get the phone up to 50% in just over 10 minutes, which impressed us. In all, it took just over an hour to charge - the battery is bigger than in the 7T, too, at 4085mAh.

The 855 Plus chip does make a significant difference to performance on the two handsets. Swiping through apps is buttery smooth and playing some graphic-intensive games like the Asphalt series was something of a cinch.

6. There’s power behind the performance

Both the OnePlus 7T Pro and OnePlus 7T Pro McLaren Edition are powerful bits of kit. Where the original OnePlus 7T did will with 6GB of RAM, the Pro ramps this up to 8GB RAM, 256GB storage. But here's the jaw dropper - the McLaren variant houses a massive 12GB of RAM and 256GB of storage - this makes is one of the most powerful phones on the market and certainly the most powerful OnePlus phone. And, it looks great too.

7. The McLaren Edition is stunning

OnePlus' relationship with McLaren continues with the OnePlus 7T Pro McLaren Edition, a phone that has a design based on the McLaren Speedtail - The New Ultimate Series Hyper-GT from the luxury car company. Its got this fantastic orange sheen that's only seen in certain light and the detail on the back is nothing short of beautiful. It's carbon fibre/orange design makes it one of the nicest-looking phones around.

When it comes to pricing, the OnePlus 7T will cost £549, the OnePlus 7T Pro will be available from £699 while the McLaren Edition of the phone is £799 - this maybe £100 more but we were expecting it to be more. It does make it the most expensive phone OnePlus has made, however.