You'll have to snap it up, they'll be gone in a flash 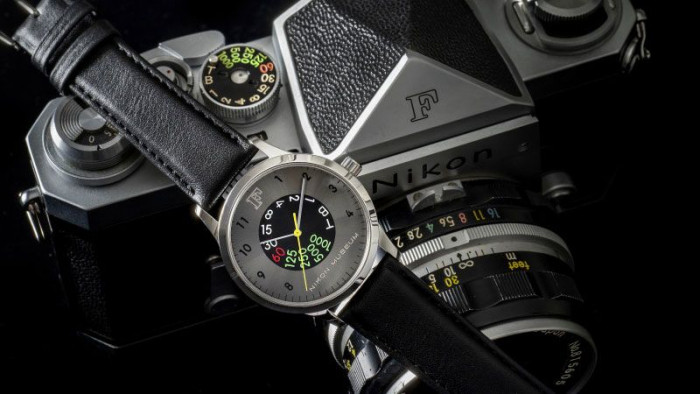 When you think of camera tech, chances are you picture a DSLR accompanied by fancy remote flash equipment and scores of expensive looking light meters. Camera creator Nikon has other ideas, as the company has unleashed a different kind of wrist tech to celebrate the 60th anniversary of the iconic Nikon F.

Ok, so you might not be able to use it to take pictures, but the brand’s limited edition Nikon F watch is pretty pleasing on the eye.

The slick piece of wristwear has been launched by the Nikon Museum (operated by Nikon Corporation) and incorporates many of the eye-catching design elements seen on the original Nikon F camera model.

Created from stainless steel, the design features a bold shutter speed dial in the center of the watch face and the distinctive 'F' logo positioned top and centre.

"We planned a watch that you can always wear so that you can feel the presence and atmosphere of the Nikon F single-lens reflex camera that has been loved over time," notes a Nikon Museum spokesperson in a statement according to Digital Camera World.

Launched in 1959, the Nikon F camera - despite not being particularly groundbreaking in terms of its individual features aside from the now-famous F-mount design - was the first model to combine all the advancements into one body. Discontinued in 1978, the model was replaced by the upgraded F2 model.

The only issue appears to be that the watch is harder than gold dust to get hold of.

For starters, the model seems to have only been released in Japan for around 19,900 yen (around £139). Secondly, the run seems to have been limited to a miniscule 100 units.

We have spotted it on the Nikon online shop, however, seeing as our limited linguistic skills mean we can’t count above 3 in Japanese (and from what we can figure, the site is more of a shop window), we’re still plotting on how to get a hold of one.

Come on Nikon, we really would love one - the prospect of investing in return tickets to Tokyo in order to visit the Museum shop, not so much.