Nike has made its latest trainers Olympics ready. 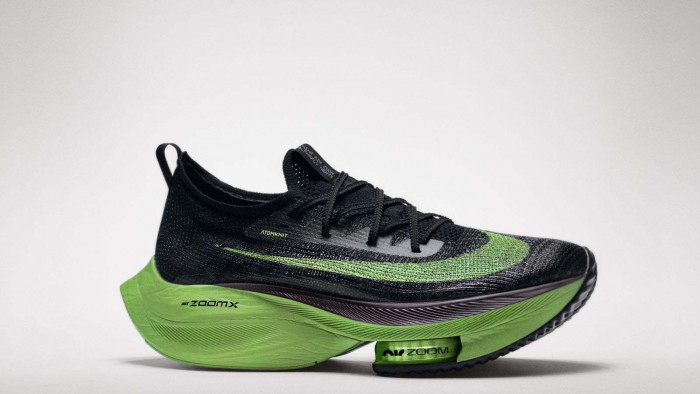 Back in October 2019, the two-hour marathon barrier was broken by Eliud Kipchoge. The time he managed, 1:59, was something no other human had achieved and it was a stunning feat.

Everything about that run was managed to make sure he could achieve that time - the course was his and his pacemakers alone, he was guided by lasers to give him the optimum pacing and on his feet was a pair prototype Nike trainers.

A variant of these trainers have now been revealed and will be available to the public soon. They are the Nike Air Zoom Alphafly NEXT%.

They come with, according to Nike, "two new Nike Air Zoom pods, additional foam, an updated carbon fiber plate and an ultra-breathable upper – all adding up to improved cushioning and running economy." They also have a 40mm stack (depending on the shoe size), which is key as this is now the legal limit sanctioned by the World Athletics organisation for running shoes.

When it comes to the quality of these trainers, Nike is pretty confident that they will make a big difference at Tokyo 2020, with Nike president and CEO John Donahoe saying: “At Nike, we see sport’s greatest stage as our biggest opportunity to show the world what’s possible.

"After all, what’s at stake isn’t just records, but the future of sport itself. In Tokyo, we’ll help the world’s best reach new levels of performance with our revolutionary platform, while sharing real solutions for the barriers all athletes face under rapidly changing climate conditions.”

If you fancy seeing the competition then head to our best running shoes guide.