The two-hour marathon barrier has been broken 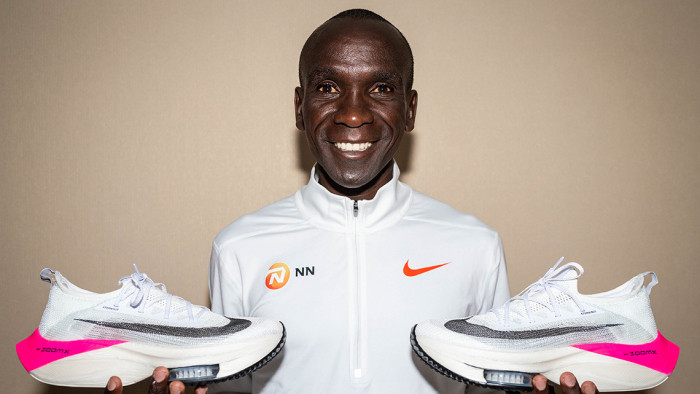 Eliud Kipchoge has managed to do what no other human being on the planet has: completed a sub two-hour marathon. In a track through Prater, in Vienna, he completed the feat - alongside a team of dedicated pacemakers and a green laser helping him keep track.

Kipchoge's push for a sub two hour marathon is well documented. He teamed up with Nike, using the Nike Next% Shoe, to run under two hours - this was part of the Breaking2 campaign. While he didn't manage it that time around, he finished this race in 1.59:40 is (an unofficial time).

Speaking before the race, about the shoes Kipchoge used, a Nike spokesperson said: "This brand new model shares the razor-sharp aesthetic while introducing a re-tooled midsole that boasts a visible Zoom unit at the fore-foot.

"With learnings from Flyprint, this new model also debuts an Atomknit upper. Regardless of the outcome of the race, Eliud and Nike will continue its partnership to prompt more feedback – all in an effort to create the best running shoes on the planet."

Kipchoge's sub two-hour marathon will go down in history, like Roger Bannister's four-minute mile, but unfortunately won't be in the Guinness Book of Records. That's because it wasn't in an official race, with regular water stops and the like.

Who cares: Eliud Kipchoge has made history, with such a fantastic running achievement.

Fancy trying it for yourself? Then these are the best running shoes for your journey.