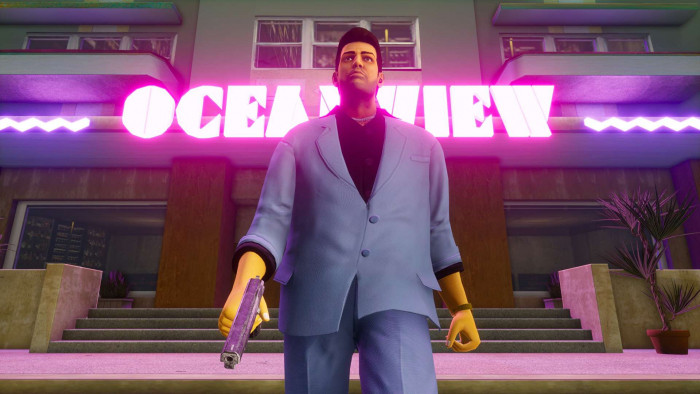 Dr Dre is rumoured to be making new music for an upcoming Grand Theft Auto game, with his good fried Snoop Dogg revealing recently on a podcast that the hip-hop supremo was working on new music.

Dr Dre is no stranger to making music his music exclusive to different platforms. His last album, Compton was a concept album that was made to tie in with Straight Oughta Compton, the biopic that was made about NWA.

That was released in 2015 and was exclusive to Apple Music and iTunes users.

Since then we haven't had a new album from Dre but there have been rumours that something is coming.

According to Rolling Stone (picked up by NME) which has the exclusive, Snoop Dogg revealed on an upcoming podcast that Dre was making music for the game, explaining: “He’s making great fucking music. And some of his music is connected to the GTA game that’s coming out. So I think that will be the way that his music will be released, through the GTA video game."

Now, "the GTA game that's coming out" could be myriad things. There's the recently announced Grand Theft Auto trilogy remaster. Dre does feature on the older radio playlist, but maybe he's created something new for the release?

Or it could be to do with the ridiculously popular GTA Online game which already has Media Sticks that you buy to unlock new music for whatever vehicle you are driving.

Then there's the delayed GTA V remaster which is now set for March 2022. Or it could be, gasp, something to do with GTA VI.

Whatever it is, it's exciting to hear that Dre could be releasing something new soon - even if you have to jump into a GTA game to listen to the thing.

As for the tracks, well we reckon we are going to hear the following: (Don't) Forget About GTA, Still G.T.A and Nothin' but a GTA thing...