Sony reveals its plan is a "return of the original Karate Kid franchise". 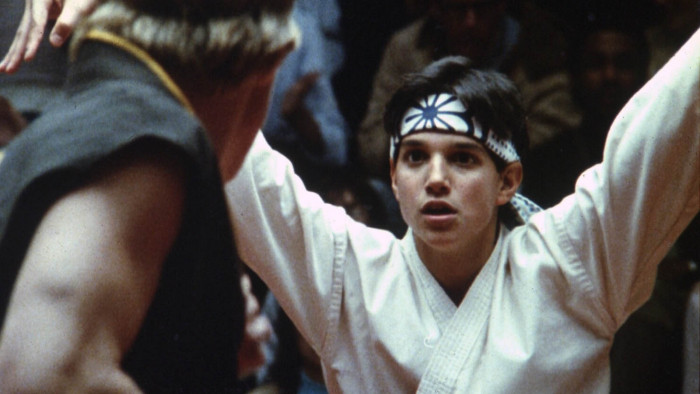 Sony surprised the world recently with an announcement that it's making a new Karate Kid movie.

The franchise, which began in 1984, starred Ralph Macchio as original 'karate kid' Daniel LaRusso for three movies, with Hilary Swank taking over for 1994's The Next Karate Kid. A reboot happened in 2010, which starred Jaden Smith and Jackie Chan.

The series is still fresh in everyone's minds thanks to the fantastic Cobra Kai, however. The Netflix show - originally airing on YouTube Red - has given the franchise a new lease of life, featuring many of the original stars (including Macchio and William Zabka's Johnny Lawrence) and a whole host of call backs to the original movies.

The show, currently in series 5, is undoubtedly one of the reasons that Sony has decided to do a new Karate Kid movie. But fans of Cobra Kai are set to be disappointed as the showrunners aren't involved in the new movie.

This is despite Sony revealing that the new film will be a "return of the original Karate Kid franchise".

Cobra Kai co-creator Jon Hurwitz took to Twitter to break the news, stating: "The guys and I would love to make Karate Kid and Cobra Kai movies and hope to someday. But this one isn't from us or focused on the Cobra Kai cast. Don't know much about it, but wish it well."

The guys and I would love to make Karate Kid and Cobra Kai movies and hope to someday. But this one isn't from us or focused on the Cobra Kai cast. Don't know much about it, but wish it well. #KarateKid#CobraKaihttps://t.co/pd2aYYAF0A
— Jon Hurwitz (@jonhurwitz) September 17, 2022

While it would have been fantastic to see the cast and crew on the big screen for Cobra Kai, we now have to hope that Sony has something special planned with its side-adjacent movie.

There's no official news on plot, but Murphy's Multiverse believes that Sony is looking for a teen lead and that the action will take place in New York.

The good news for Cobra Kai fans is that a new deal with its showrunners in 2021 means that we should see more Karate Kid action on the small screen at least for years to come.