Who you gonna recall? 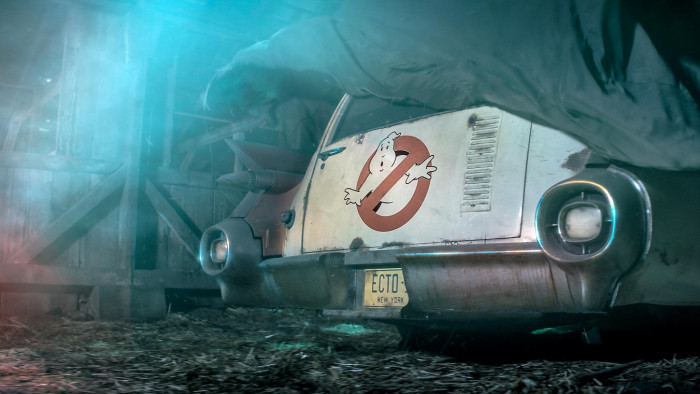 Filming for the forthcoming Ghostbusters 2020 release began in Canada just over a month ago, but whereas we’re used to having leaks left, right and centre from the sets of blockbusters, things have been remarkably quiet this time around.

Now, director Ivan Reitman has dropped previously unreleased character details in an interview with Entertainment Tonight - and we’re all ears.

The film, which is set to continue the franchise by following the descendants of the original Ghostbusters, will feature Paul Rudd as a teacher at the school cast members Finn Wolfhard (Stranger Things) and Mckenna Grace attend.

Rudd was announced as the latest addition to the stellar line-up back in June, however, until now, not a lot has been known about his role, the proposed story line or the extent of existing character revivals.

“Well, he’s a seismologist who’s come to this small town because they’ve been having mysterious earthquakes,” said Reitman in the interview. “He’s also teaching summer school there.”

Only a matter of months ago news dropped that several of the 1984 film’s cast will reprise their roles in the as yet unnamed addition to the franchise, including Ernie Hudson, Sigourney Weaver, Bill Murray and Dan Aykroyd, with Annie Potts also teasing a potential return.

Reitman stirred the pot yet further in July when he Tweeted the first cast picture of what’s said to be Egon Spengler’s family, featuring Wolfhard, Carrie Coon (The Leftovers) and Mckenna Grace (Captain Marvel).

“I’ve always thought of myself as the first Ghostbusters fan, when I was a 6-year-old visiting the set. I wanted to make a movie for all the other fans,” Reitman told Entertainment Weekly in a recent interview.

In the mood for something you can watch now? Check out our pick of the best Netflix TV shows.