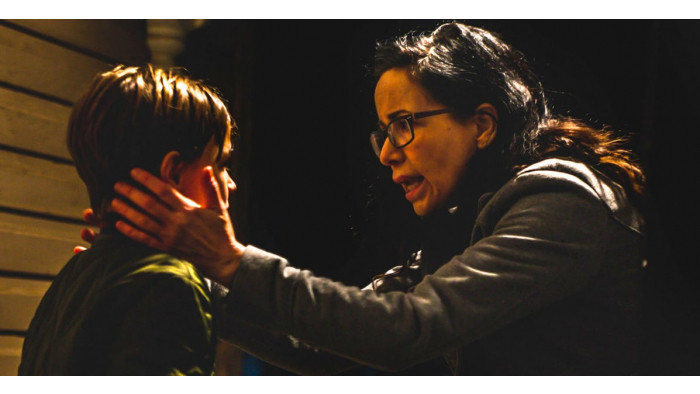 We’re in a bit of a golden age of horror, aren’t we? Jordan Peele’s Us has just broken a bunch of records for a horror film’s opening weekend. We have A Quiet Place 2 on its way with beautiful-cheekboned Cillian Murphy in a starring role. Bird Box was a huge hit for Netflix, and even Broad City’s Ilana Glazer is getting in on the action in a horror flick called False Positive.

And Netflix is once again giving us the thrills we’re after, dropping a brand new horror film, Mercy Black.

It looks pretty scary, too.

Jason Blum, founder of the production company who made the film, was also a producer on Us, if you needed any convincing.

The film follows a woman, Marina, who kills a classmate in the woods (bad idea probably, mate) in a sacrifice intended to summon a mythical creature, Mercy Black.

Fifteen years later and Marina has been released from a psychiatric hospital – only to find Mercy Black has gone viral. Momo, is that you? She then starts to question her own sanity, as you probably would under those circumstances, and sets out to stop Mercy Black before anyone else dies.

Even scarier is that the film is inspired by two young girls who killed their friend under the apparent order of Slenderman – so there’s a real life element to creep you out, too.

The film dropped in the US by surprise a few days ago, and is set to be distributed in the rest of the world soon. Goodbye to ever sleeping again!