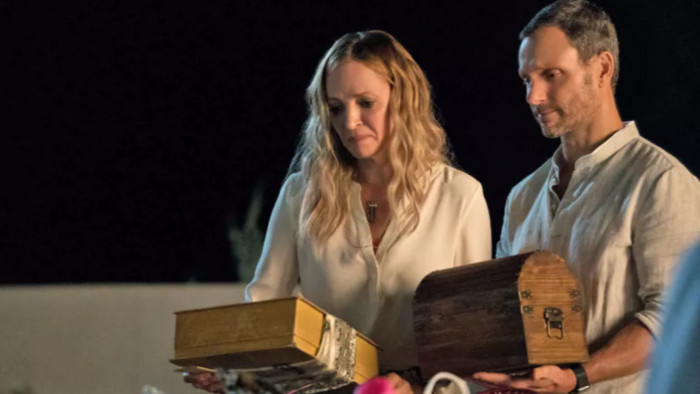 If you’ve found yourself sleeping a little too easily of late, Netflix has just the tonic. A new horror series called Chambers begins today, and it promises to be just the thing to leave you thoroughly unnerved.

The premise is simple, yet creepy. The star of the show is high-school student Sasha, who finds herself in possession of a brand-new heart thanks to life-saving surgery. Unfortunately, it seems that the heart’s previous owner isn’t entirely comfortable with the new arrangement, and Sasha begins to have strange visions and stranger impulses.

The series looks set to have Sasha trying to uncover the mystery of her (presumably reluctant) doner, while wrestling with the damage the organ is doing inside of her.

The donor’s parents are played by Tony Goldwyn and Uma Thurman. No wonder she seems troubled – that’s what being the child of Tarzan and The Bride from Kill Bill will do to you.

“At the heart of it all, just to be really cheesy, it’s a story about identity, and female identity, and adolescent female identity - which is a psychological horror in itself,” said Rachel Leah, the show’s creator. “Even though this story obviously has such huge stakes and goes into the supernatural and horror realms, it’s a story about a girl fighting to retain her identity in a world that’s trying to tell her who she is.”

If that sounds like your bag, the show is available to stream from today. Maybe start watching now before it gets dark. Just in case, like.