The Motorola razr is back: a foldable phone you will want to buy 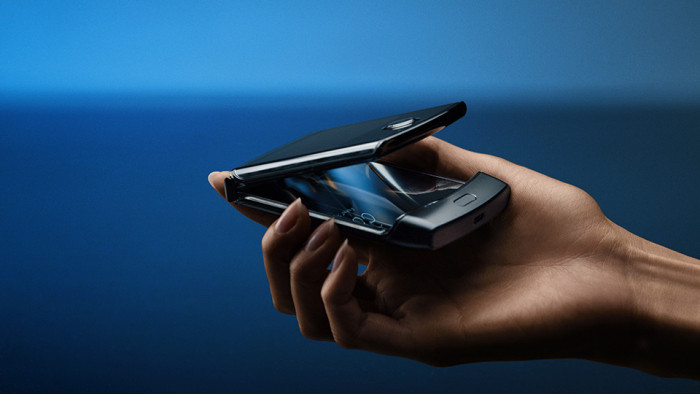 The Motorola RAZR was undoubtedly one of the coolest phones back in the day and now it's back and looking fantastic.

The new Motorola razr (no more caps and keeping it cool lower case) was unveiled today at a glitzy event in Los Angeles. ShortList was there to see how the announcement unfolded and it seems there is a lot of love for the Motorola razr.

Originally released as the Motorola RAZR V3 in 2004, the handset ended up selling millions and becoming one of the most iconic phones of all time.

So, when the advent of foldable phones, with foldable screens, happened recently with the rocky launch of the Samsung Galaxy Fold and the imminent arrival of the Huawei Mate X, all eyes were on Motorola to see if the company had plans to revive the most famous folding phone of them all.

It turns out it did, it just had to wait for the technology to happen and now we have the new Motorola razr, complete with a folding screen and the old iconic look.

The new razr is not a big phone. It's a normal-sized phone that flips into a smaller one that can fit into your pocket. When unfolded, it has a 6.2-inch, 21:9 screen and when its a clam-shell there is a 2.7-inch interactive Quick View display to check messages and the like. Motorola has made sure that no dust and dirt will get into the device when folded, thanks to a patent-protected zero-gap hinge - this allows both sides of the display system to remain perfectly flush.

It has 6GB RAM inside and 128GB storage and is powered by a Qualcomm Snapdragon 710 processor. There's also a 16MP (f/1.7) camera on board with Night Vision on the outside and on the inside is a 5MP shooter. Both of these can be used for selfies.

It's thin, too, at 14mm and boasts an OLED screen on the inside and a smaller glass panel on the front, so you get two screen on the device.

It's available in the US from December 26th, will cost $1,500 and is exclusive to Verizon. In the UK, EE has got the exclusive and availability and pricing is to be confirmed. You can register your interest now.

We've managed to spend some time with the phone. Read our hands on: Motorola Razr review to see what we think and here's the device in all its flippin' glory.