Mother's Day: 10 things to watch with your mum

Great films both you and your mum will enjoy. 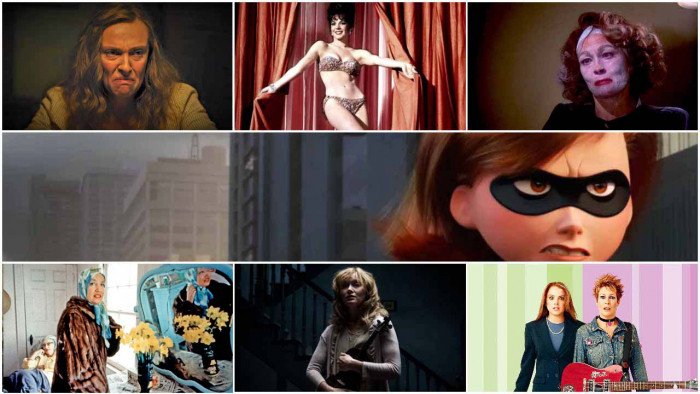 It’s Mother’s Day once again and what better way to spend another day in isolation than watching a movie or two about mums?

From comedies to horrors, musicals to dramas, there’s a mum movie for pretty much every mood.

So whether you’re self-isolating with her or staying in touch via video call, there’s plenty of films out there centred on mother dearest and we’ve picked a few that you might enjoy.

Grey Gardens is one of the most iconic documentaries of the 20th Century and it focuses on the reclusive mother and daughter duo Big and Little Edie. They are the relatives of Jackie Onassis (JFK’s widow) who live in a dilapidated house in East Hampton and the 1975 film captures the eccentricities of their co-dependent lives. The film is such a gem it was parodied by Bill Hader and Fred Armisen’s comedy series Documentary Now! The episode, “Sandy Passage” is available on Amazon Prime and it is as good as the original.

The Incredibles is a fantastic movie but the sequel sees Helen/Elastigirl step up to the plate as the family breadwinner. She is asked to help restore faith in superheroes, over her husband Bob/Mr. Incredible, and catch a supervillain. The movie could have been less stereotypical about stay-at-home dads but you know what? It’s mother’s day and Helen gets her time to shine!

Jennifer Kent’s directorial debut has become a cult horror favourite, especially in the gay community! The film follows a single mother still grieving over the violent death of her husband seven years earlier, while dealing with her young son’s fear of a monster hiding in their home. It’s a terrifying but brilliant look at the plight of the lone caretaker and shows psychological depth while also introducing an iconic new horror villain. Hold your mum’s hand for this one.

The ultimate stage mother movie, this 1962 musical is a classic of stage and screen. It centres on the domineering Rose and her pursuit of stardom via her daughters June and Louise. Her obsession and control over their lives, leads to fallouts and revelations with some phenomenal show tunes to boot. “Everything’s Coming Up Roses,” is a belter.

Whether your fave is Lindsay Lohan’s Anna or Jodie Foster’s Annabel, Freaky Friday is one of the best body swap comedies out there. The 2003 remake is our point of reference and it sees Jamie Lee Curtis swap bodies with her teenage daughter thanks to a magical fortune cookie. It’s one of Curtis’s best roles seeing her let loose as an angsty teen and as a whole, the film works as a well-paced, well-meaning comedy that will give you that much-needed lift in these uncertain times.

It’s honestly ridiculous that Toni Collette didn’t get an Oscar nomination for her performance in Ari Aster’s directorial debut. The film begins with the death of Collette’s mother, a woman with terrifying secrets about their family’s ancestry that begin to surface when her grandchildren start to investigate. It’s an unsettling watch, but Collette delivers the cinematic breakdown of the year that you won’t be able to turn your head away from.

7. Postcards from the Edge

Based on Carrie Fisher’s semi-autobiographical novel (about her relationship with mother Debbie Reynolds), the film follows Suzanne, an actor and recovering drug addict who has to move back into her Old Hollywood star mother Doris’s home as a requirement of her next job. Fisher’s writing is as funny on screen as it is in her book and lifted with stunning performances from Meryl Streep and Shirley MacLaine as Suzanne and Doris, respectively.

One of the few Hollywood movies with a majority Asian-American cast, this drama looks at the relationships between four immigrant mothers and their Chinese-American daughters. It’s a heartwarming and funny look at the clashing of Eastern and Western culture while avoiding the usual Orientalist and xenophobic stereotypes.

The makers of this movie probably didn't intend it to become a cult comedy but thanks to leaning so hard into melodrama, that's how it's turned out. Based on Christina Crawford's controversial biography, Faye Dunaway plays actress Joan Crawford in a story about her alleged abuse of her adopted children. It’s a pretty batshit crazy depiction of the movie star but has over time become an iconic performance. Just remember, NO WIRE HANGERS!

Get out your tissues, there is no way you will last through this movie without shedding tears. Julia Roberts and Susan Sarandon play the titular stepmom and mother, respectively, in this comedy-drama about the struggles of motherhood in a blended family. It captures the anxiety of co-mothering so beautifully and will have you laughing, crying, and even singing along.