This is what the Terminator looks like in Mortal Kombat 11 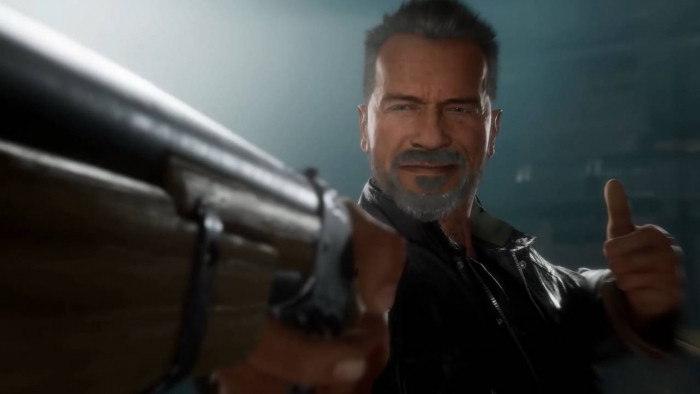 Mortal Kombat 11 has got an amazing mix of characters – and we've now had our first glimpse of what the Terminator will look like in the game ahead of an upcoming DLC.

It's a pretty impressive likeness of Arnie, we have to admit – but as Slashgear points out, the voice acting is nearly but not quite right, so it's unlikely the man himself actually voiced the character.

As the trailer shows, the character will be taking no prisoners when it comes to obliterating its enemies.

Guns, grenades, various brutal tools and the ability to teleport means a hard fight in store for anyone who crosses it.

The character is part of a new DLC pack, the Kombat Pack, and will be available from October 8th.

Shang Tsung and Nightwolf are already available as part of the pack, the Terminator is the October offering, and there are other upcoming characters, too: Sindel, coming in November, and the Joker, coming in January.

And if that wasn't enough for you, there's also a Mortal Kombat film in the works, too. Headed up by Australian director Simon McQuoid, it has a big budget (South Australia's biggest film budget ever, in fact) and is due to hit cinemas in 2021.

Until then? Get playing the best retro games of all time.