This microwave rice cooking tip is a total gamechanger

It was under our noses all this time 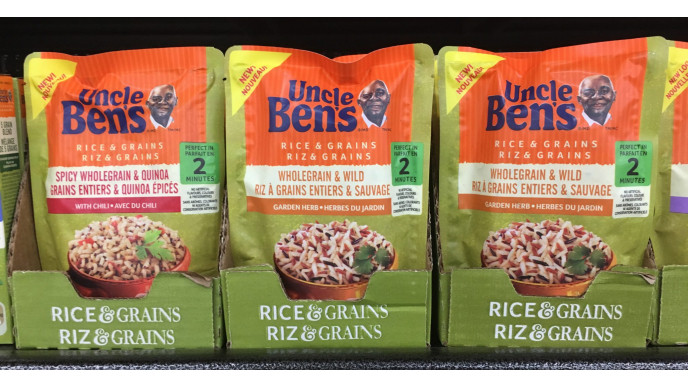 Now, let’s get this established right from the beginning (and don’t think we’re not watching your comments and replies on social media). We are fully aware of the overuse of the word ‘gamechanger’ on the internet. We are also fully aware that not cooking rice yourself and instead relying on microwaving pre-cooked rice in a packet is truly the preserve of us lazy first world people with too much disposable income and too little predilection for actually getting your hands dirty and doing some washing up (and even then we all have dishwashers and apparently it’s too much effort to even fill those and press the start button).

But still: let he who has not been lazy and bought some microwaveable Uncle Ben’s instead of firing up the hob cast the first stone. We’ve all done it, haven’t we?

So, with that made clear, let’s proceed.

One of the annoying things about microwaving rice in those packets is getting the bastard thing to stand up and not fall over while it’s rotating. Often the packet is too high and brushes against the roof, sending it, and its precious cargo, cascading over and spreading all over your 900W beast. It’s frustrating, but on we struggle. It is our cross to bear.

Because Hannah Falzon, who is clearly some kind of genius, has posted a solution to this 21st Century problem on Facebook. And you won’t believe your eyes, because the answer was there all this time.

Would you Adam and Eve it.

All this time, there are ‘magic tabs’ contained in the bottom of the packaging, to keep the rice safely upright.

(“We knew,” scream a thousand people who weren’t too lazy and actually had a look at the packaging years ago.)

Well, we didn’t. And if you didn’t, consider your life now changed for the better.

Hannah: thank you for your service, we will think of you next time we chow down on some tasty, effort-free Uncle Ben’s, savouring every unspilt grain.