Marvel's Shang-Chi: the first reactions are in!

Has Marvel got another mega-sized hit on its hands? 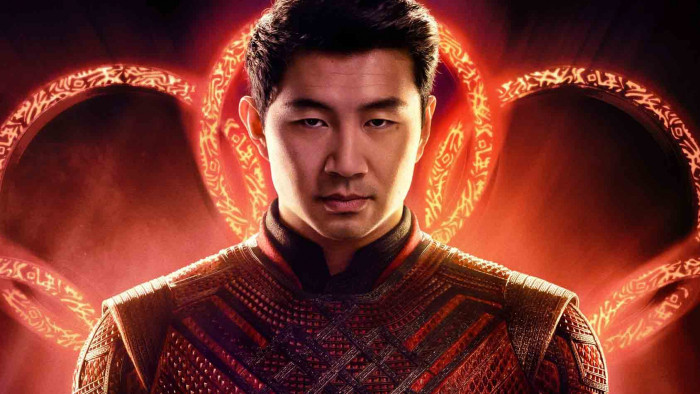 Shang-Chi And The Legend Of The Ten Rings comes at a pivotal time for Marvel. Not only does the movie have to usher in Phase 4 (from a movie point of view), it is also being released at a time when the box office is still not back to its best.

Marvel is insisting on keeping the movies in cinemas only, calling this one "an interesting experiment". This lead to lead actor Simu Liu Tweet that the movie, quite rightly, wasn't just an experiment but so much more.

We are not an experiment.

We are the surprise.

Given the backlash that followed Black Widow hitting Disney Plus at the same time as the big screen (more from the main actress, than anything else), Disney is certainly being cautious with this movie.

Marvel's Shang-Chi release date is soon, though (it's out in September) and although we don't have full reviews as of yet, the movie has been screened at its world premiere and spoiler-free reactions have hit Twitter.

Now, these type of reactions are almost always positive, but the following are REALLY positive - hopefully pointing to the quality of the movie we are about to get.

Everything from the soundtrack to the action is being praised, as well as some noting just how key to Phase 4 the movie is.

Shang-Chi And The Legend Of The Ten Rings is PHENOMENAL. Get hyped. Even fight scene/action sequence is better than the last. @SimuLiu fully embraces the marvel superhero role. Amazing imagery. Killer soundtrack. You’ll want to see this on the big screen. #shangchi
— Wendy Lee Szany (@WendyLeeSzany) August 17, 2021

Shang-Chi and the Legend of the Ten Rings earns the title of the best superhero film of 2021 so far. The action scenes are simply spectacular, especially the train & skyscraper scene. Best martial arts I’ve seen in a long time. Simu Liu & Awkwafina are terrific. #ShangChipic.twitter.com/M0EEMJqKu3
— Scott Menzel (@ScottDMenzel) August 17, 2021

#shangchi is one of the best MCU films ever!!!! The filmmakers know how to capture the fight choreography with long takes and quick action. (No shaky cam!) The family story is touching. Tony Leung is perfect as "The Mandarin." Simu Liu and Awkwafina are a great duo on the screen. pic.twitter.com/UaxQqU6zlQ
— John Nguyen (@JohnSpartan300) August 17, 2021

#shangchi is like no Marvel movie you’ve seen. Love that it opens the door to a new world that I can’t wait to see more of. @SimuLiu literally kicks so much ass and he is perfectly cast. Got to see it in @imax tonight and this is how you want to see it. Looked and sounded perfect pic.twitter.com/43SaSxfx3m
— Steven Weintraub (@colliderfrosty) August 17, 2021

OK, Shang-Chi is part Shakespearen family tragedy, part mythological epic, part martial arts masterpiece. It is fucking awesome. Never expected it to be THIS good. Stay for both credit scenes. Can't believe how much I loved this movie.
— John Campea (@johncampea) August 17, 2021

I really dug #ShangChi! There is a lot not in the trailers (maybe avoid ads in the next couple of weeks I fear will show more?) and it has its own vibe and distinct elements that make it stand out and not feel like a standard origin story. And Simu Liu makes for an awesome hero.
— Eric Goldman (@TheEricGoldman) August 17, 2021

#ShangChi is awesome. This movie hits all that Marvel does well (pacing, humor, character) and adds action like we’ve never seen from the MCU before!

Lots of people are about to have a new favorite Marvel hero.

Darker than expected. Loads of fun. Integral to MCU Phase 4!

#ShangChi is an absolute triumph, unexpectedly spiritual and emotionally complex, with some of the very best action in the MCU. @SimuLiu is your new favorite Avenger and the movie’s myriad influences (everything from Jackie Chan to Hayao Miyazaki) pay off big time). Astounding.

Shang-Chi and The Legend of The Ten Rings is directed by Destin Daniel Cretton (who made the rather ace Just Mercy) and stars Simu Liu and Chang-Li.