Lynx has a new Xbox fragrance for some reason 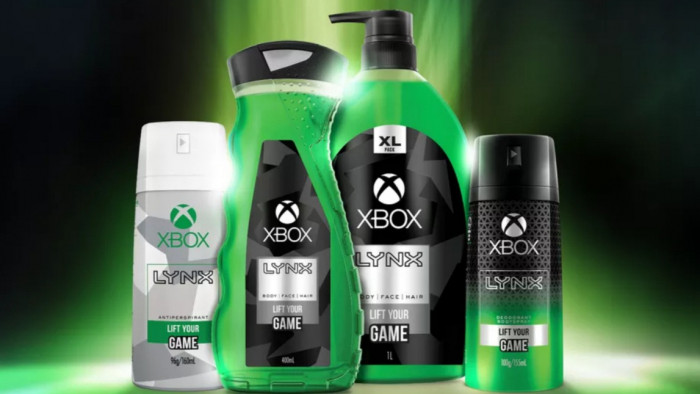 Africa. Voodoo. Phoenix. Gamer? Lynx has got a brand new fragrance, and it’s based on the scent of the Xbox One owner, proving once and for all that the mantra “there’s no such thing as a bad idea” is patently absurd.

Rather than smelling like someone sweating off the back of a eight-hour marathon Cuphead session, the scent actually sounds rather nice – if nothing at all to do with the Xbox One. “Lynx Xbox is a fresh scent of pulsing green citrus, featuring top notes of kaffir lime and winter lemon, aromatic herbal middle notes of mint and sage, and woody bottom notes of patchouli and clearwood,” the product description reads.

“Containing a range of natural essential oils, the Xbox Lynx range comes with a sleek new look and features a body spray, deodorant, and shower gel.”

You probably won't be smelling this any time soon, though, unless it’s pungent enough to cross time zones. It’s exclusive to Australia for the time being. That’s the same division of Xbox that brought us the eighth wonder of the world: the grease-proof gamepad.

“We see Xbox fans achieve incredible things every day,” said Tania Chee, the business lead for Xbox Australia, while mysteriously failing to elaborate as to what these things might be. “And we wanted to celebrate that elevated skill, passion and determination by creating something truly special. Now, powering up can be as simple as a quick spray before you head out the door.”

So like any other deodorants then, just Xbox branded.

Still for the Xbox fan that has everything, there are more pointless tie ins. Atari’s speaker hat springs to mind, for one. Just make sure you have exhausted the best Xbox One games list before resorting to this to show your fandom, okay?