Lidl's £13.49 whisky has been named the best in the world

Tell this to all the whisky snobs you know 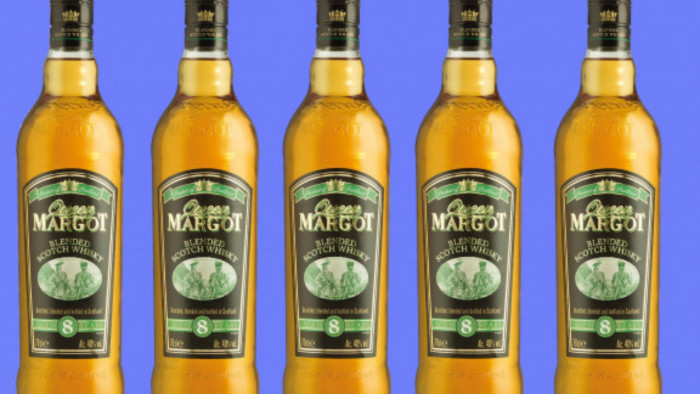 We’ve all been there, at a bar or a party, listening to a whisky snob bore everyone to death about why you really shouldn’t be spending less than £80 on some 40 year aged, oaky, made by blind nuns in the Outer Hebrides whisky.

Well next time you meet them, you might want to mention that Lidl’s own brand Queen Margot whisky just won ‘Best Scotch Whisky’ at the World Whiskies Awards, and it costs £13.49, or £14.99 in Scotland, which seems unfair.

The best whisky cocktails that every serious whisky drinker should try

Everyone’s joint-favourite budget supermarket (we don’t want to leave Aldi out) scooped the prize after impressing a panel of experts and beating off competition from a lot of prestigious brands including Johnnie Walker Black Label, which is one of those ones you hear about being great a lot.

Aldi have been winning a bunch of wine awards, too, so let’s hope the cheap booze actually being good is a trend that continues long into the future.

Lidl’s website says the whisky is ‘Mellowed for eight long years in oak casks, this whisky is smooth with a rich sweetness and depth of flavour, leaving a warm, lingering finish. The soft aroma of fruit manifests itself as dried apricot and plum.’ Which makes it almost sound like a cake, but one that can get you pissed.

Then again, it also says ‘The taste holds more barrel character’ which makes little to no sense, so we think we’ll leave the whisky snobs to it when it comes to analysing it. There’s your Dad’s next birthday present sorted.