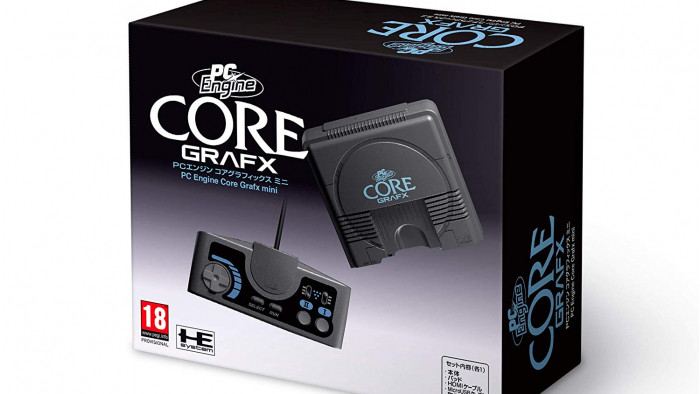 Back in June, Konami announced that it too would like some of that sweet, sweet retro console money, please. Rather than making a box to exclusively play the various ISS and Pro Evolution Soccer games, though, the company remembered that it owns the rights to the TurboGrafx-16/PC Engine thanks to acquiring Hudson in 2005.

Now said console is up for pre-order. You can get your hands on the machine for £99.99 at Amazon, where it’s listed as shipping on March 19 2020. For those keeping track, that’s 11,829 days between the original Japan launch date and the emergence of its retro revival – a bad omen for those hoping for an Xbox One Mini before the year 2050.

£100 sounds like rather a lot for a console that, to put it mildly, isn’t viewed with quite as much nostalgia as the SNES, NES, Mega Drive or PlayStation, which have all enjoyed (or will soon enjoy) mini remakes. That said, you do get quite a bit for your money, with no fewer than 50 games included – more than double that which appeared for Nintendo and Sony’s offerings. The Mega Drive Mini comes a bit closer with 40.

That said, some of the games are doubled up between Japanese and English versions. The full game list is below for you to judge for yourself:

Okay, Bomberman ‘93 may be worth the price of entry alone, as one of the best retro games of all time. And yes, you can play with five people if you buy the optional multitap and extra controllers too, though that may be an investment too far...