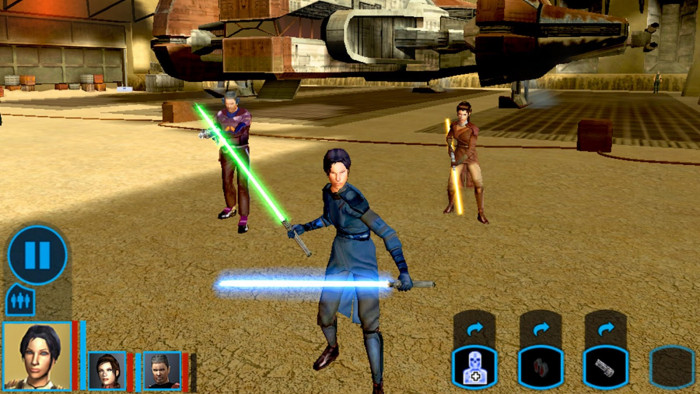 A long time ago in a... well, this galaxy actually, Bioware published a game called Star Wars: Knights of the Old Republic (or KOTOR to its fans). To this day, it’s still regarded as one of the best Star Wars games ever made on account of its engrossing story and cast of memorable characters… which is more than can be said about the films from the same era.

And now that game is going to get the big screen treatment, according to Buzzfeed News. The site reports that no fewer than three sources have told them that the screenplay is currently being written by Laeta Kalogridis, the writer behind Avatar and Shutter Island.

The fact that more Star Wars films are on the way isn’t a surprise, and not just because Disney is quite fond of making money. The company has plotted no fewer than three movies after this year’s end to the Skywalker saga, taking us all the way up to 2026.

The plot of KOTOR combined with the penmanship of Kalogridis should be a winning combination. And while years of terrible game/movie tie ins should leave us feeling at least a touch gun-shy, the prospect of one of the best Xbox games ever being made into a film leaves us feeling a little optimistic.

One thing that should be a red flag is that KOTOR let your actions decide whether you became a goody-goody light Jedi or a bad-ass dark Jedi. Unless this movie goes the same way as Bandersnatch, then that decision is going to be taken out of your hands. Your choices from 2003 may well cease to be canon.

But, hey: at least it’ll be set 4,000 years before Jar Jar was born. If you managed to miss KOTOR, and want to see what the fuss was about, it’s been brought to mobile for iOS and Android.