Turns out there is such a thing as a wrong opinion 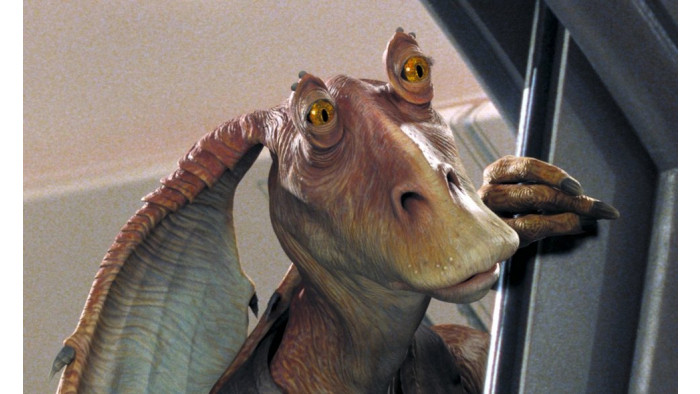 If there was any doubt left in your mind that Star Wars is in safer hands than it was five years ago, George Lucas just shared a timely reminder that maybe Disney is a more suitable guardian, even if it has been popping out films like there’s no tomorrow.

In a pre-recorded message for the Star Wars Celebration event in Chicago celebrating The Phantom Menace’s 20th anniversary, Lucas stated that the film is “one of my favourite movies and of course Jar Jar is my favourite character.”

That’s right up there with proudly proclaiming that Daphne’s mother was the best character in Frasier.

“Ahmed, you did a fantastic job,” Lucas added, referring to Ahmed Best, the actor entrusted with bringing Jar Jar Binks’ words to life. “It was very, very hard.”

It’s not the first time Lucas has stuck off for the much-maligned Gungan. Two years ago the director revealed that the inspiration for Jar Jar was in fact a Disney creation: Goofy.

“I can’t even begin to tell you how much of an influence Disney has had on me,” he told an audience at the D23 Expo back in 2015. “I will say one secret that nobody knows; not many people realise that Goofy was the inspiration for Jar Jar Binks.

“I know that you will look at him differently now. It’s pretty obvious, actually, but, um, I love Goofy and I love Jar Jar.”

Best, the actor behind Jar Jar, later confirmed that an internet fan theory speculating that the character would turn into a villain was at least partially true, but was shelved due to severe Jar Jar phobia. “So, was there an official Darth Jar Jar in the works? That’s really a George Lucas question, I cannot answer that question,” he said in a YouTube interview.

Turns out Yoda was wrong: hate can prevent someone from turning to the dark side. Well, internet hate at any rate.