Prepare for naughty words and violence 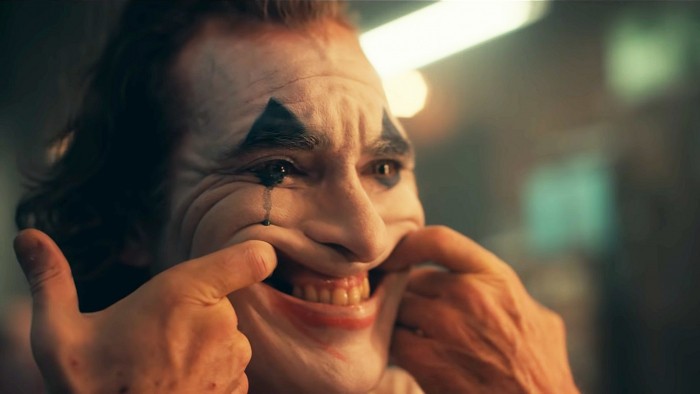 There has been tonnes of speculation around the new Joker movie – and for good reason. One of the last people to play the iconic character was the late Heath Ledger, who brought such unhinged vitriol to the role it seems almost impossible to imagine anyone else in his shoes. Before that, there was Jack Nicholson, widely considered to be one of the greatest actors of his generation. No pressure, then.

But as more details have emerged, we’ve started to get an idea of what the film might actually look like. A teaser trailer released in April, showing lead actor Joaquin Phoenix running around Gotham City in clown make-up, confirmed the film will be as creepy as we expected.

And now director Todd Phillips has confirmed that the film will be R-rated – so it’s likely to be as terrifying as it looks. “It will be Rated R. I’ve been asked this a lot. Just assumed people knew,” he wrote on an Instagram post when questioned by a fan.

Not many superhero films have an "R" rating – Deadpool, Watchmen and Kick-Ass are all modern examples. As you’ll know if you’ve seen any of those movies, they’re pretty violent, and littered with explicit language and content – so it looks like we’re in for a pretty wild ride with the Joker film.

What else we know about the film? Not a lot, other than it explores the iconic character’s hitherto mysterious back story. Phoenix plays Arthur Fleck, a stand-up comic who enters the criminal world after numerous failed attempts at making it in entertainment.

And we also know that it has an amazing cast – Robert De Niro plays a TV host embroiled in Fleck’s spiral downwards, and Deadpool star Zazie Beetz plays Phoenix’s love interest. It also stars Bill Camp and Marc Maron – so it’s a pretty impressive line up.

Phillips has previously stated that Martin Scorcese’s 70s classic Mean Streets was a source of inspiration for the film – so it’s unlikely that you’re going to get the bells and whistles of more recent superhero movies. The film is out in October of this year.

Got strong feelings about the Batman franchise? Vote on our list of the best Batman actors.